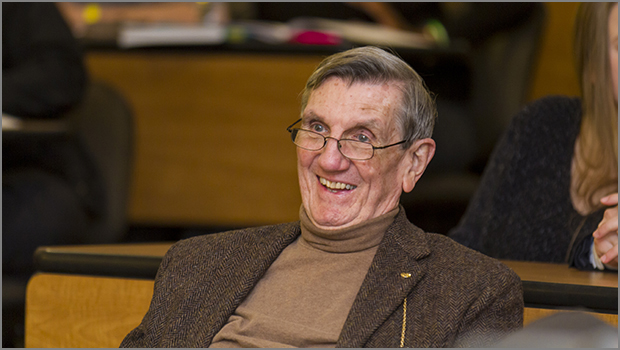 Cobb Judge’s Ties to DA at Issue in Murder Cases
By Bill Rankin and Andria Simmons
Atlanta Journal Constitution
May 26, 2011

Monroe Freedman, a legal ethics expert from Hofstra University School of Law, said the question is whether a reasonable person might disagree.

“The relationship of a candidate to his or her campaign treasurer is a position of great trust, a fiduciary relationship,” Freedman said. “I think that requires him to recuse himself.”

Freedman said he believes that applies to all criminal cases that are assigned to Green so long as Head is district attorney. In such cases, he said, Green should ask lawyers for a waiver to allow him to handle criminal cases prosecuted by Head’s office. Otherwise, Green should step aside.

As for Green recruiting Head as treasurer for the State Court campaign, Freedman said, “It was certainly lacking in foresight and judgment.”

Defense motions seeking recusals are not uncommon, particularly when the judge once worked for the local district attorney’s office.

Eric M. Freedman Pens Letter to the Editor Regarding “A Conflict Without End”
Prof. Monroe Freedman: Prop 8 Proponents May Have Undermined Their Own Case