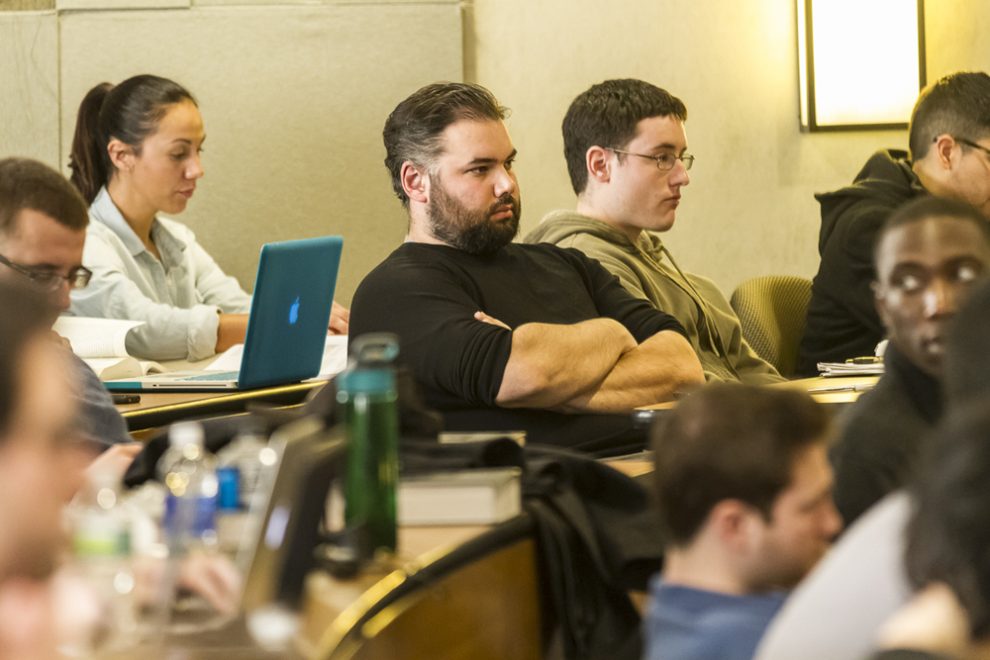 Three Hofstra Law students and several Hofstra Law Clinic professors filed a civil rights lawsuit in the Southern District of New York on October 4, 2012. The plaintiff, Sade Adona, is suing the City of New York and a group of New York Police Department officers for injuries she sustained during an Occupy Wall Street demonstration in October of 2011. The Complaint alleges plaintiff was marching with a group of protestors when she was grabbed from behind by a large male police officer, thrown to the ground, beaten repeatedly with a police baton, and held in custody for a number of hours.

The students, Jenelle DeVits 3L, Judith Massis-Sanchez 3L, and John McGaffigan 3L, and the clinic professors, Stefan Krieger, Theo Liebmann, Jacob Stevens, and Michael Haber, will serve as lead co-counsel in the case along with Gideon Oliver, President of the New York City chapter of the National Lawyers Guild.

Prof. Monroe H. Freedman: Judge Who Threatened to Strangle an Attorney Should ‘Be Removed From the Case and the Bench’
Prof. Ronald Colombo Quoted in Law360 Story on $1B BofA Mortgage Suit and Possible Crackdown on Banks