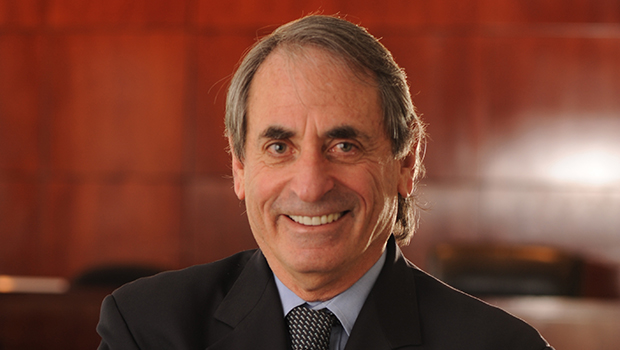 Today Hofstra University President Stuart Rabinowitz announced the appointment of Eric Lane as the ninth dean of the Maurice A. Deane School of Law at Hofstra University, effective January 1, 2013. Lane has served as interim dean of Hofstra Law since March.

Dean Lane, who is also the Eric J. Schmertz Distinguished Professor of Public Law and Public Service, has taught at Hofstra Law for more than three decades.

He was selected by President Rabinowitz after a comprehensive and competitive national search by a committee of faculty, administrators and trustees.

“I am pleased that Eric Lane, who is a distinguished legal scholar, a renowned author and a superb academic administrator, will lead the Maurice A. Deane School of Law at Hofstra University into a new era,” said President Rabinowitz. “His service to the Law School and the University over the past 35 years has been exemplary.”

“In keeping with our origins,” he said, “Hofstra Law will add even more focus on providing our students with the necessary experiential education required to succeed. I also believe that students must graduate with a fundamental understanding that being a lawyer is an honor that carries great responsibility. I look forward to leading Hofstra Law in this effort.”

Lane is the author of three books. The Genius of America: How the Constitution Saved Our Country and Why It Can Again (with Michael Oreskes, senior managing editor of the Associated Press) has been called a “must read” about the origin of the Constitution and its modern applicability. Lane’s two textbooks (with the Honorable Abner A. Mikva) on the legislative process and statutory interpretation have been used in law schools nationally. He is also the author of often cited articles on the legal framework for governmental decision-making.