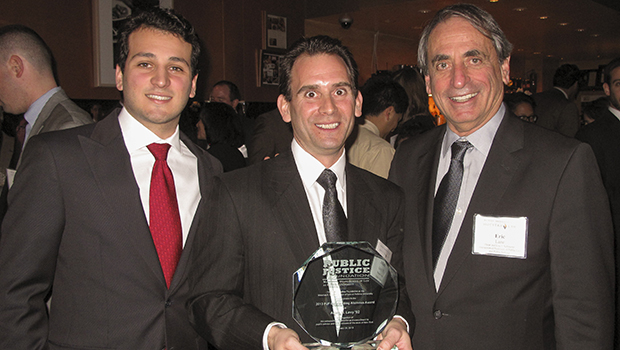 The Maurice A. Deane School of Law at Hofstra University held its annual In Honor of Justice alumni reception at Fresco on the Go Midtown on Wednesday, January 30, 2013.

Proceeds from the event will support the 2013 Public Justice Foundation (PJF) Fellowships, which provide funding to students pursuing nonpaying summer internships in the public sector. In 2012, the PJF raised a record $74,381, which enabled 51 law students to receive stipends for internships they otherwise would have been unable to accept due to financial constraints.

Each year the PJF selects a Hofstra Law graduate to receive an award in recognition of his or herdedication to public justice and public service. This year’s honoree was Putnam County District Attorney Adam B. Levy ’92.

The PJF’s 24th Annual Goods and Services Auction will take place on March 13 at the Maurice A. Deane School of Law at Hofstra University.

For additional photos, contact Andrew Berman at 516-463-4142 or Andrew.Berman@hofstra.edu.