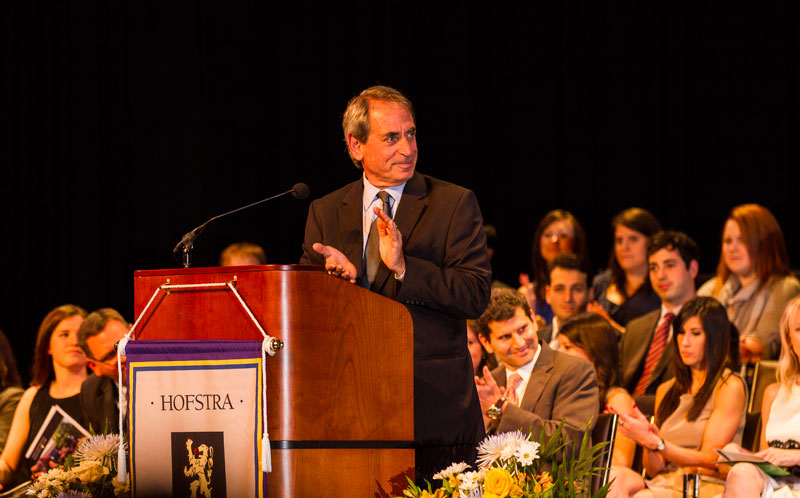 The Maurice A. Deane School of Law at Hofstra University held its annual Graduates’ Celebration and Awards Ceremony on Monday, May 20, 2013. Administrators, faculty members, friends and families joined Hofstra Law graduates at the John Cranford Adams Playhouse at Hofstra University to honor their outstanding achievements as law school students.

Teacher of the Year Juli Campagna, associate professor of legal writing and assistant faculty director of international programs, delivered remarks encouraging graduates to “be prepared, be professional and always be passionate.” Campagna was chosen as Teacher of the Year by the graduation class.

Later that evening, U.S. District Judge Nicholas G. Garaufis delivered the commencement address to more than 300 J.D. and LL.M. degree recipients at the David S. Mack Sports and Exhibition Complex at Hofstra University. His remarks focused on the different professional paths graduates can take after law school and how the skills they have learned prepare them for whichever profession they choose.

The following select 2013 graduation awards were presented at the Graduates’ Celebration and Awards ceremony: