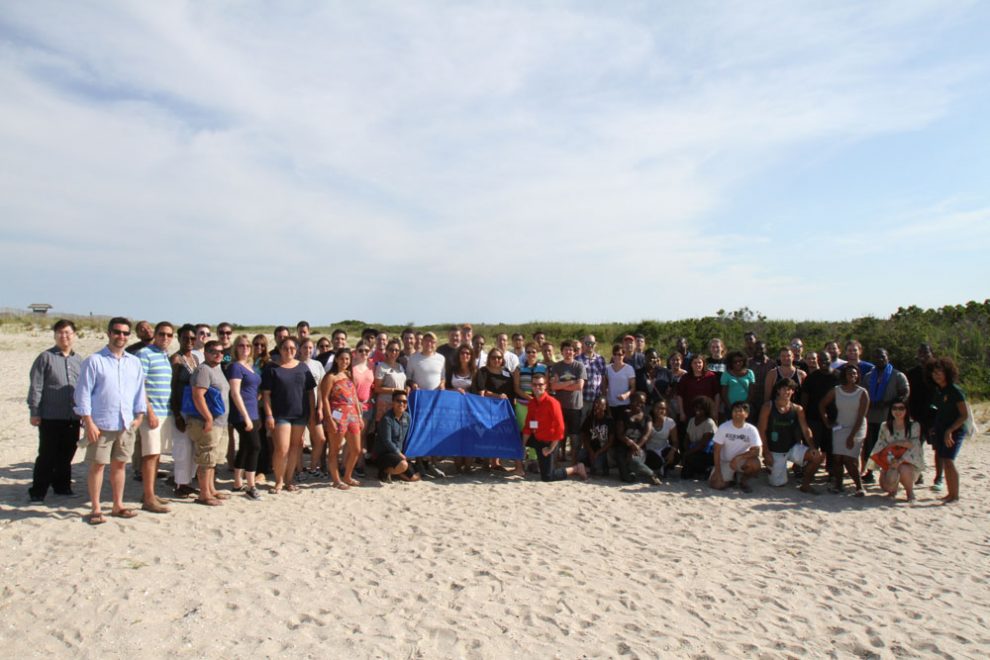 On Wednesday, August 14, 2013, Dean Eric Lane and Hofstra University Provost and Senior Vice President for Academic Affairs Herman A. Berliner welcomed the Class of 2016 to the Maurice A. Deane School of Law at Hofstra University. Alumna Celia Gordon ’97, a partner at Gottlieb & Gordon, delivered a moving speech about her career path as a criminal defense attorney and what it means to be a lawyer. Panels, breakout sessions and a lunch on the quad introduced the students to their first-year professors, current students and alumni.

The second day of Orientation was highlighted by the Student Organization Fair and Barbeque, hosted by members of Hofstra Law’s nearly 50 student organizations, and an afternoon of service at Jones Beach.

Students, faculty, staff and administrators made the 15-minute drive to learn about the effects of Superstorm Sandy on the beach and its inhabitants from park rangers and members of the Theodore Roosevelt Nature Center. Groups then spread throughout the beach to help pick up trash and debris that could harm the wildlife.

“The Class of 2016 is already embodying the spirit of community here at Hofstra Law by their participation in our first annual beach cleanup,” said Lisa Monticciolo ’89, associate dean for students and administration. “This type of commitment to community service, which is paramount at Hofstra Law, is also demonstrated by our clinics and student-organized pro bono service projects. The Class of 2016 is off to a great start!”

After collecting a truckload of garbage, students bonded over games and a picnic on the beach. Before leaving, everyone made sure to properly dispose of their trash.

Orientation concluded on Friday, August 16, with a tutorial session coordinated by the Academic Success Program, student-led panels on academic opportunities outside the classroom, a service fair that introduced the administrators from each Hofstra Law department to the newest members of our legal community, and the first official class of the fall 2013 semester.