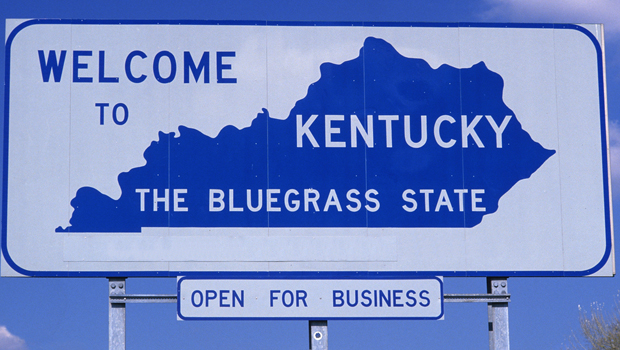 February 18, 2014 Justia – Daniel Boone was determined to bring his family “as soon as possible to live in Kentucky, which I esteemed a second paradise, at the risk of my life and fortune.” With a recent ruling by a federal judge that Kentucky is constitutionally required to give effect to same-sex marriages from other states, this determination may be shared by gay and lesbian couples seeking a refuge anywhere south of the Mason Dixon line.

The court’s ruling in Bourke v. Beshear concludes that whether or not a state has the power to refuse to authorize same-sex marriages on its own turf, it does not have the constitutional power to refuse to recognize those that are validly celebrated elsewhere. Bourke joins a growing number of cases in which recognition issues are at the forefront, a trend ignited by the Supreme Court’s ruling last year in United States v. Windsor, which found fault in the federal government’s decision to single out same-sex marriages for non-recognition.

Prof. Alafair Burke: What You May Not Know About the Zimmerman Verdict
Dean Eric Lane: Time Is Ripe for Tax-Financed Campaigns in NY