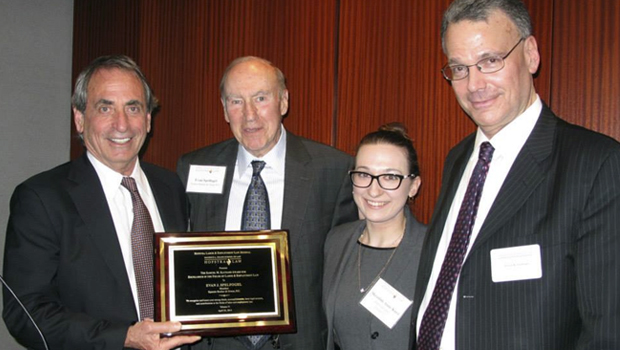 At the reception the Journal honored Evan J. Spelfogel, a member at Epstein, Becker & Green, P.C., with the 2014 Samuel M. Kaynard Award for Excellence in labor and employment law. The award is given annually in recognition of those who hold strong ideals, display keen legal acumen and make outstanding contributions to the fields of labor and employment law.

David B. Feldman ’82, a partner at Moses & Singer, LLP, the founding editor-in-chief of the Journal and the 2012 Kaynard Award recipient, hosted the event.

Photos from the event can be found on the Hofstra Law Facebook page.