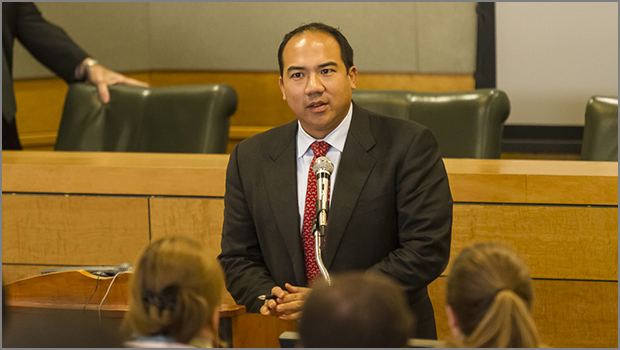 Why the Marshall Islands Is Suing the World’s Nuclear Powers
By Joshua Keating
Slate
April 25, 2014

In an intriguing case, the Marshall Islands—a Pacific Island nation of about 68,000 people—filed suit in the International Court of Justice at the Hague yesterday against the world’s nine nuclear-armed nations over their failure to work toward eliminating these weapons. …

The suit is based on Article VI of the 1968 nuclear Non-Proliferation Treaty, or NPT, which obligates its parties to pursue negotiations in good faith on effective measures relating to cessation of the nuclear arms race at an early date and to nuclear disarmament, and on a treaty on “general and complete disarmament under strict and effective international control.” …

Hofstra international law scholar Julian Ku, who is generally skeptical of the lawsuit, wrote on his blog yesterday that it could have its greatest chance of producing a result with the United Kingdom, a country which is both a party to the NPT and recognizes the jurisdiction of the court. The U.K. may, at the very least, be required to come into court to present the case for why it isn’t in violation of the NPT.