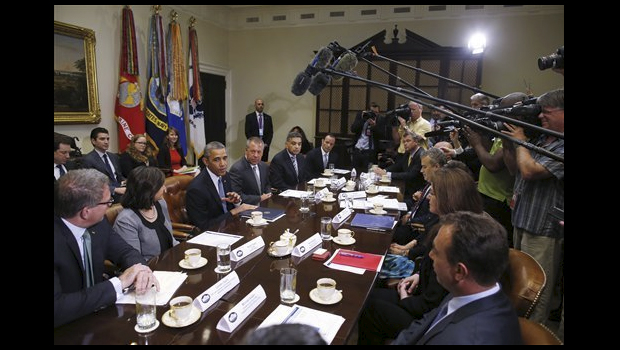 On Tuesday, May 20, 2014, Hofstra Law alumnus Michael Penner ’94, the president and CEO of the Richelieu Group (and a member of the Dean’s Advisory Board), was part of a group of top corporate executives who met with President Barack Obama, Commerce Secretary Penny Pritzker, Senior Advisor Valerie Jarrett and National Economic Council Director Jeff Zients to discuss attracting more investment to the United States.

Topics addressed at the meeting included trade, “raising the glass ceiling for women” and corporate taxes. Speaking with a Wall Street Journal reporter, Penner highlighted the corporate tax rate. “That’s an issue that needs to be resolved,” he said. “The corporate tax rate in the United States is uncompetitive.”

President Obama thanked the 11 executives from American and international companies for investing in the United Sates. Richelieu, a Canadian legwear company, is investing $24 million to build a U.S. factory for its sock brands, which will ultimately create more than 200 U.S. jobs.