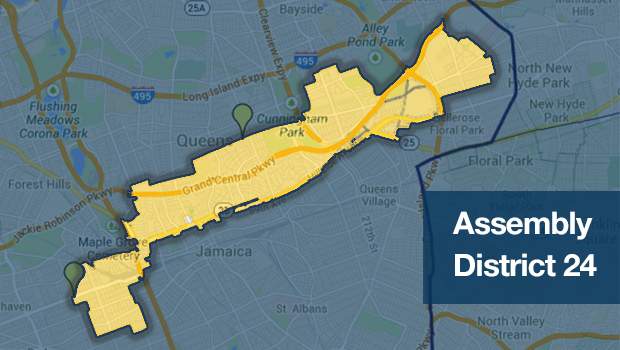 Assemblyman David I. Weprin ’80 comes from a family with a history of service to Queens County, New York. Weprin, who knew he wanted to follow his father’s career path, represents the same district represented by his father, the late Assembly Speaker Saul Weprin, for 23 years and his brother Mark Weprin for over 15 years.

Hofstra Law was a perfect fit for the aspiring politician because the Law School emphasized public service. “It was the only school at the time to do so,” he says, “and studying there provided a great background for me to enter the dynamic world of public service.”

Weprin found that property law, tort law and constitutional law were of the most interest as he prepared for his career. He has especially fond memories of Professor Ronald Silverman, remembering him as the first Hofstra Law professor who called on him in class. He recalls, “Professor Silverman would always say, ‘How right you are, Mr. Weprin.’ ”

“My time at Hofstra prepared me for giving back to my community, which is the basis of my career.”

Outside the classroom, Weprin was very involved in the student government at Hofstra Law. He says: “My time at Hofstra prepared me for giving back to my community, which is the basis of my career.”

A few years after graduating from Hofstra Law, Weprin was chosen in 1983 by then-Gov. Mario Cuomo to serve as the deputy superintendent of banks and secretary of the Banking Board for New York State.

During his tenure through 1987, Weprin was a watchdog for nearly $2 trillion, regulating more than 3,000 financial institutions and financial service firms in New York, including international banking institutions, mortgage brokers and mortgage bankers.

In 2001, Weprin was elected to the New York City Council by the people of the 23rd Council District in Queens. A freshman councilman, his appointment as chairman of the Council’s Finance Committee was a testament to his long-standing excellence in the field.

Weprin now finds himself in his father’s former district, District 24, which he has served since February 2010.

What does Weprin have to say about his long career of service? Working in one of the most diverse districts, “it is often challenging to balance the interests of so many different communities,” he says. “But, the ability to help so many people from so many places is what I’ve enjoyed most about my career.”