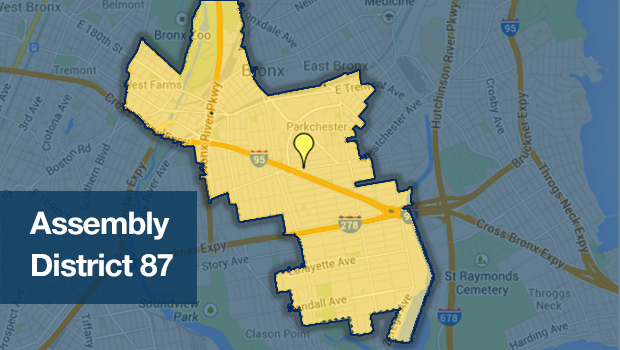 Assemblyman Luis R. Sepúlveda ’91 first joined the New York State Assembly in January 2013, but his roots in local government reach back to his days at Hofstra University.

Sepúlveda’s involvement in the Hofstra government helped spark his interest in attending law school. After receiving his bachelor’s degree, he was accepted as a fellow to the Council on Legal Education Opportunities, which led to receiving a three-year scholarship to Hofstra Law.

“I went to law school because one of the biggest influences in my life was my grandfather, who told me that if he were in a position to become a lawyer he would’ve done so,” says Sepúlveda. “Also, I did not like organic chemistry, so that closed out any medical school option.”

“The staff and faculty were instrumental in helping me develop my critical-thinking skills.”

“I really enjoyed constitutional law because it was comparable to a history course, and I enjoyed legal writing because it improved my writing skills one thousandfold,” he says. “The staff and faculty were instrumental in helping me develop my critical-thinking skills.”

With his law degree in hand, in 1991 Sepúlveda began his legal career at a midsize Long Island law firm. He quickly realized that he wanted to establish a grass-roots law practice based in an underserved community.

Leaving the comfort and security of his law firm job, he launched a law practice in the Parkchester section of the Bronx. Twenty years later, the firm is still practicing on behalf of community residents.

In November 2012 Sepúlveda was elected to represent the 87th New York State Assembly District in the Bronx, building upon his commitment to service. Since being elected to office, he has been steadfast in 87th District involvement.

“Community First” was the theme of his campaign —and a promise to the voters — and he has been committed to ensuring that he, and his office, are accessible and engaged.