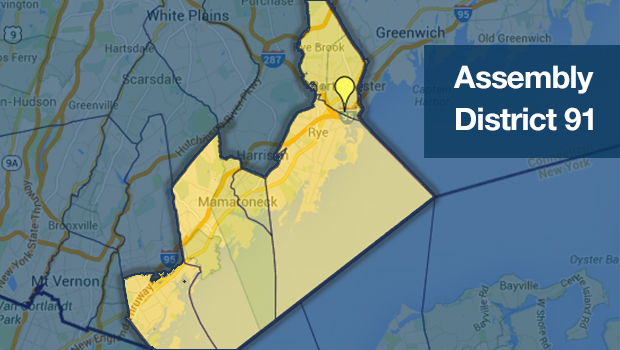 As an undergraduate, Assemblyman Steven Otis ’85 already understood the value of a law degree. Although he did not want to practice law, he knew that a law degree would give him the skills needed to pursue a career in public service.

Looking back at law school, he says, “I was very impressed with the exceptional professors at Hofstra Law and enjoyed their skill as lawyers, teachers and practitioners of the Socratic method.” He adds, “The skills, training and substantive education I gained in law school have been extremely helpful in understanding, analyzing and making decisions on the many issues I have worked on in state and local government.”

“I was very impressed with the exceptional professors at Hofstra Law and enjoyed their skill as lawyers, teachers and practitioners of the Socratic method.”

After graduating law school, Otis joined the staff of then-Sen. Suzi Oppenheimer, working on her staff in many roles, including counsel and chief of staff, until his election to the Assembly.

Before joining the Assembly in 2013, Otis spent 12 years as mayor of the City of Rye. He is the longest-serving mayor in the city’s history.

Working in the Assembly allows Otis to use the skills he learned while in law school, most importantly, legal writing and problem-solving.

“Professor Agata’s Drafting of Criminal Legislation course provided great training in the discipline of writing legislation,” says Otis. Discussing how to best solve a problem, he says, “To tackle public policy issues successfully, it is important to focus on the details as well as the big picture.”

During his three decades in public service, Otis has had the opportunity to work on a variety of issues. Among those that have been especially important to him are issues affecting the environment.

What does Otis have to say about a career in public service?

“Public service is tremendously rewarding. It provides the opportunity to make a difference on issues of importance and to hopefully reach better results than would have occurred without your involvement. I enjoy working with others to accomplish things that help people and communities and that provide better outcomes through thoughtful decisions.”