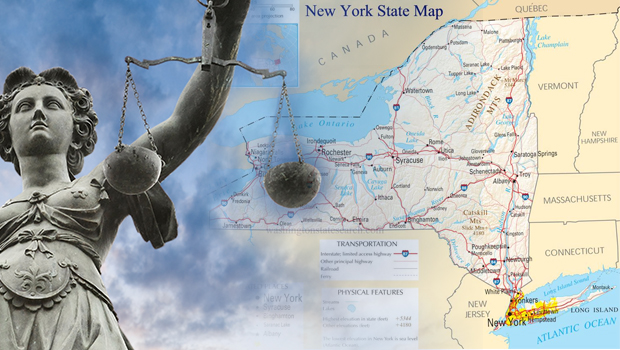 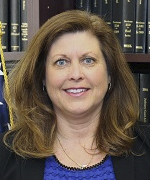 The career path of Inspector General Catherine Leahy Scott ’85 might have been destiny. She grew up in an atmosphere where criminal justice and labor issues were always discussed.

“My father was a police officer in Floral Park and was president of the police union in the village and Nassau,” she says. “So my early surroundings gave me initial thoughts about being a lawyer.”

Leahy Scott started law school with an open mind about what field of law to pursue, but she gravitated toward litigation. She participated in Hofstra Law’s Neighborhood Law Clinic, where she found herself doing meaningful litigation work that helped her make the transition from being a law student to working in law.

“[Monroe Freedman] underscored ethics and the importance of ethics in this business, and that has carried on to this position where it is my job to hold all agencies and employees to the letter of the law.”

“Monroe Freedman is the expert in ethics,” she says. “He underscored ethics and the importance of ethics in this business, and that has carried on to this position where it is my job to hold all agencies and employees to the letter of the law.”

Remembering Kessler’s class, Leahy Scott says, “He taught Evidence and was fascinating, and he taught in a way
I related to.”

Ethics and evidence are two key aspects of Leahy Scott’s job as inspector general. She is entrusted with the responsibility of ensuring that state government, its employees and those who work with the state meet the highest standards of honesty, accountability and efficiency.

Her office oversees 200 state agencies, authorities, boards and commissions, covering more than 200,000 employees who work in the executive branch of state government to combat fraud, waste, abuse and conflicts of interest.

In her role, Leahy Scott is able to work on a wide variety of projects. Her office is the independent agency designated by the New York State Commission on Forensic Science to investigate allegations of serious negligence or misconduct at 23 laboratories across New York.

As the chair of the Stimulus Oversight Panel, Leahy Scott is charged with investigating  fraud and abuse relating to the $31 billion provided to New York State through the American Recovery and Reinvestment Act of 2009. She ensures that these federal funds are properly accounted for and expended on programs designated to boost New York’s economy.

Recently, she also took on the oversight of the $3.9 billion New NY Bridge project to replace the Tappan Zee.

“I don’t ever see myself retiring, because this is the best job I’ve ever held.”

In working with state agencies, Leahy Scott has found absolute cooperation, receptiveness and recognition. “We hold the public’s trust,” she says, “and the public shouldn’t expect any less from us.”

Leahy Scott has seen many changes in legal service for the government over the years. She believes that, in the past, New York endured some complacency and unethical behavior, and now sees zero tolerance for that behavior, in a landscape that is one of transparency and integrity.

“As the inspector general, the current heightened scrutiny is good,” she says. “We work with performance, pride and integrity under Gov. Cuomo, and as I hold my staff, all state employees and myself to that standard, I also see people marching in line with that.”

Leahy Scott also has definitive advice for Hofstra Law students. “First, avail yourself of the internships and externships that Hofstra Law has to offer,” she counsels. “Put your nice suit on and present yourself well — you must convey that you conduct yourself ethically with the highest standards. Show enthusiasm, perseverance and determination.”

She also advises law students not to pigeonhole themselves and to be receptive to all opportunities. “I’m a poster child for that,” she says. “I never thought I’d be here, but I allowed myself to do what I enjoyed and to hold myself to highest standards of integrity and leave possibilities open.”

What does the future hold for Inspector General Catherine Leahy Scott?

“I don’t ever see myself retiring, because this is the best job I’ve ever held,” she says. “I want to serve to the best of my ability and to become even more effective in holding agencies accountable to eliminate fraud, abuse and waste, with even better policies and procedures that in turn will benefit state government and all people of New York.”

Ed Mangano ’87: An Islander Through and Through
Hofstra Law Honors Alumni Members of the New York State Assembly at 25th Annual PJF Auction