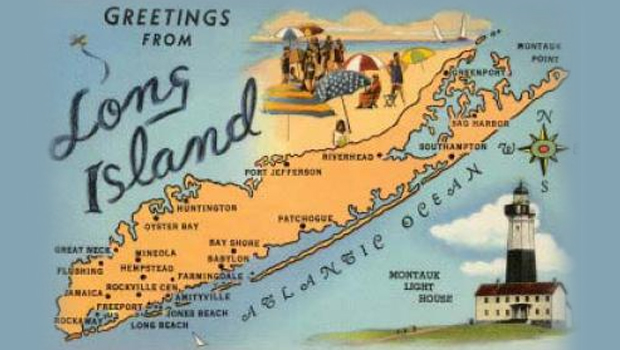 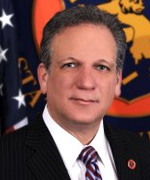 Nassau County Executive Edward P. Mangano ’87 is not only one of Long Island’s most influential leaders, but also one of the area’s biggest fans. His enthusiasm is evident when he talks about Hofstra Law.

“Go to Hofstra Law,” he says. “The area offers wonderful beaches, entertainment and job options — everything you want to do is in your backyard.”

In addition to the great environment, Mangano’s experience at Hofstra Law helped prepare him for his career in politics. He credits then-Professor Stuart Rabinowitz (civil procedure) and Professor Ronald Silverman (real property) with teaching him how to apply legal knowledge to write laws.

“I discovered how important it is to know why a law was created in the first place before you set out to change that law,” he explains, “because that determines how a law should be changed.”

“I discovered how important it is to know why a law was created in the first place before you set out to change that law, because that determines how a law should be changed.”

Mangano used his legal foundation to succeed in business and the private sector before entering politics. After college, he started a newspaper publishing business, and then served as counsel to Rivkin Radler, LLP for nine years.

“Law school,” he says, “provides an important foundation to pursue career in business, government, public service — you find lawyers in all those fields.”

In 1995 Mangano turned his attention to government, running for and winning a seat in the Nassau County Legislature, representing the 17th District. He served as a legislator for seven terms before being elected Nassau county executive in 2009.

One of his prouder accomplishments was revitalizing the former Grumman Property, which is in Bethpage, his hometown.

“I saw the ramifications of job loss and the environmental problems caused by Grumman’s longtime use of heavy metals and other contaminants,” he says. “It was really an eye-opener to see 2,500 jobs lost.”

Mangano’s efforts helped clean up the environment and attract more than 15,000 jobs to the site.

As county executive, what Mangano finds most gratifying is that the position allows him to promote the welfare of his fellow Long Islanders.

“As administrator of a county that’s larger than 11 states, there is a significant impact you can make on current and future residents,” he says, “especially in making the county more affordable.”

He points to providing new housing options for young professionals, veterans and seniors as a key part of his mission, and commends his economic development team for “seeking everything that’s necessary to provide a successful economy with job opportunities.”

Mangano credits Hofstra Law for playing an important role in helping the local community, highlighting the Disaster Recovery Clinic as a great asset in the aftermath of Superstorm Sandy. “It was one of those areas where help with legal issues got people back in business,” he says.

Even though Mangano describes holding the top post in Nassau County as “a full-time job plus, going well beyond a 40-hour work week,” he makes sure to find time for his favorite part of his job — mentoring young people.

“Focus on what you want to do in government and what you hope to achieve.”

He offers a wealth of advice to law school graduates entering today’s workforce, particularly those who want to have a career in government.

“First, truly understand the law,” he advises. “Focus on what you want to do in government and what you hope to achieve.”

He also recommends that students intern in government, attend public meetings and have a passion for a specific area of government, which encompasses everything from social services and public safety to public works, youth and senior programs, and housing.

Importantly, Mangano advises that law school graduates who want to participate in politics align with a party.

“You need to register for a party to participate in the primary process, so define yourself politically by identifying who represents your values,” he says. “When you govern, you work with everyone in the government and there is no room for politics, but those people who are governing are decided through our democracy, which is political process.”

So what’s the next big thing for this lifelong fan of the Island?