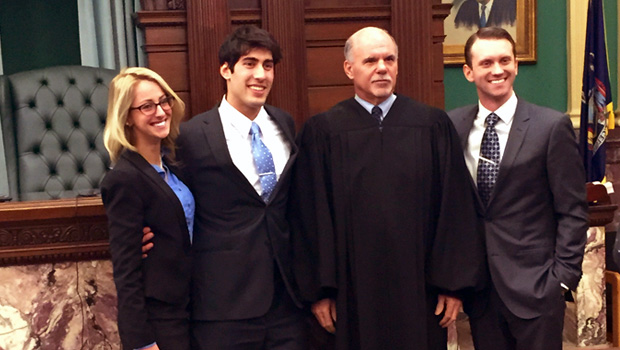 A trial team of Hofstra Law students Aaron Spurlock 3L, Helene Weiss 2L and Kyle Schiedo 2L won the 2015 National Trial Competition (NTC) for Region 2. They went undefeated, besting 20 teams from the New York area, and received the most individual awards of any school in its region. The winning team advances to compete against the top 27 teams in the country in Houston, Texas, on March 11-14.

Hofstra Law entered two teams into the competition. The second trial team — Andres Sanchez 3L, Felicia Winder 2L and Matthew Perry 3L — lost to the co-regional winner. More than 200 teams from across the country competed in the regional rounds. The competition is considered the most prestigious trial competition of the year.

The National Trial Competition was established in 1975 to encourage and strengthen students’ advocacy skills through quality competition and valuable interaction with members of the bench and bar.  The program is designed to expose law students to the nature of trial practice and to serve as a supplement to their education. It is the Texas Young Lawyers Association intent to provide a meaningful contribution to the development of future trial lawyers. 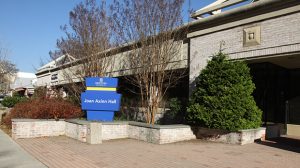