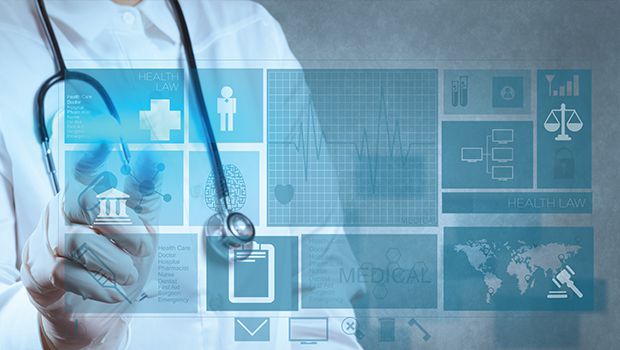 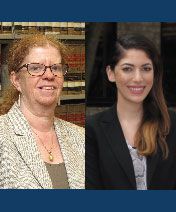 “I became a health care lawyer long before it was taught in law school,” says Margaret D. Kranz ’83 one Friday afternoon in October. Kranz, a deputy general counsel for Catholic Health Services of Long Island (CHS), and Sarah Heba, a Hofstra Law student and CHS extern, have gathered to discuss their participation in the Hofstra Law Externship Program.

“In 1981, when I was a law student at Hofstra, I did an externship in the chambers of Nassau Supreme Court for an Appellate Division judge,” says Kranz, recounting that she learned enormously from the position. That early experience resonated with Kranz, leading her to be an externship supervisor for Hofstra Law students on occasion throughout her career, including while she served as the general counsel at Cabrini Medical Center in New York City and now at CHS.

During the past 30 years, Kranz has seen law practitioners’ roles evolve in a changing health care landscape. She offers an example: “Fifteen years ago we never thought an MRI or CAT scan [performed] on Long Island could instantaneously be read and interpreted by a neuroradiologist in Kansas City.”

Because of the rise in technology in the field, in-house legal teams like CHS’s are more necessary than ever to medical institutions. Today, Kranz and the rest of the nine-person legal department manage issues ranging from insurance reimbursement to electronic health records for six hospitals, three nursing homes, and hospice and home-care services, as well as physician practices and programs for the developmentally disabled. Not only have systems become increasingly sophisticated, but patients now are more informed and, in turn, are taking a greater role in the way their care is executed.

Health care’s rapid progression was what initially attracted Heba to the field. The third-year student hopes to obtain a clerkship after she graduates in 2015, followed by a career in health care law. “It’s an extremely regulated industry,” Kranz says. “I think, for any law student, it’s a great place to do an externship because anything and everything comes up.”

One of Heba’s recent assignments required her to work directly with a hospital administrator on an issue of releasing a patient’s medical records. The experience allowed Heba to provide what she describes as “valuable support on real-life issues” to the legal team and hospital staff. Kranz also shares that another CHS extern had the opportunity to spend the day with a senior administrator at one of the CHS hospitals. Kranz says that it was “a front-row seat for the intern to see the everyday workings in a hospital.”

Kranz finds that “the learning opportunity is much more robust” if externs move beyond sitting at a computer and instead attend meetings and interface with lawyers and hospital staff members. She adds, “We try to give them a variety of assignments and expose them to actual hospital operations.”

THE LEARNING OPPORTUNITY IS MUCH MORE ROBUST IF EXTERNS MOVE BEYOND SITTING AT A COMPUTER AND INSTEAD ATTEND MEETINGS AND INTERFACE WITH LAWYERS AND HOSPITAL STAFF MEMBERS.

Both Kranz and Heba agree that firsthand experience is essential to a legal education. Specifically in health care law, externship opportunities prepare students to communicate effectively with diverse groups of people, from practitioners to hospital workers to patients and their family members. Heba describes navigating different personalities while clearly discussing complicated matters with individuals without a legal background — a crucial skill in this area of law.

Heba, who often looks to Kranz and the department for advice and guidance, says that without the support of her mentor and the CHS legal department her experience thus far wouldn’t be as rich. “You don’t realize when you begin your internship that you will build a relationship with your supervisor,” she says.

As Heba wraps up her fall externship at CHS, she shares that “the biggest challenge is realizing that you’re never going to know everything. You have to take on each day and willingly learn something new.”