In May, the same jury unanimously recommended the death sentence, which Judge George A. O’Toole Jr. formally imposed in a hearing late last month in Federal District Court.

Mr. Tsarnaev’s legal team has been widely expected to file an appeal in his case; it is routine, said Eric M. Freedman, a professor at Hofstra University Law School, for defense lawyers to request a new trial before filing for appeal.

Monday’s motion offered scant detail about the reasons Mr. Tsarnaev’s lawyers plan to give in arguing for a new trial, but it said the team would make a more detailed filing by Aug. 17.

Mr. Freedman said that at that point, Mr. Tsarnaev’s lawyers are likely to raise the fact that they were not allowed to move the trial out of Boston and that jurors were not instructed specifically that if they did not agree on a sentence for Mr. Tsarnaev, he would get life in prison. In other kinds of cases, hung juries trigger a mistrial.

“The jury was kept in ignorance of the decision rule in a case where that could be of great importance,” said Mr. Freedman.

A version of this article appears in print on July 7, 2015, on page A14 of the New York edition with the headline: New Trial Requested for Bomber in Boston. 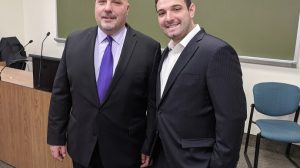