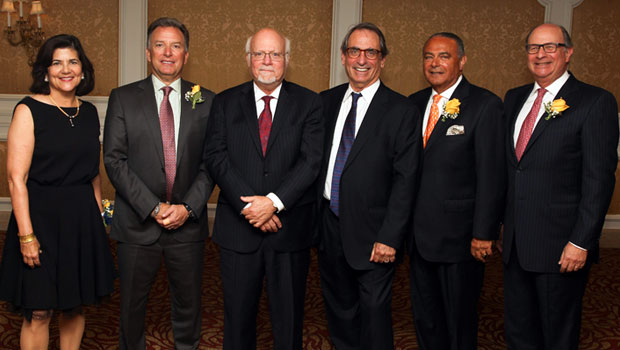 Steven Witkoff ’83, who also earned his undergraduate degree at Hofstra, was recognized as Alumnus of the Year. Stuart Bass ’79, Judith Livingston ’79 and Robert Rosenthal ’74 received the Alumni Achievement Award.

“These four very accomplished alumni exemplify the value and versatility of a Hofstra Law degree,” said Dean Eric Lane. “They have succeeded at the highest levels and are great representatives of our law school.”

Alumnus of the Year

Steven Witkoff founded The Witkoff Group, a privately held, global real estate development and investment firm headquartered in New York City, in 1997. The firm is a market leader in the ownership and development of premier residential, hospitality, office, retail and mixed-use projects in major cities both in the United States and abroad. With extensive experience in all aspects of the development process, from financing and acquisitions through construction, Witkoff has successfully led the repositioning of over 70 properties comprising some 18 million square feet in major central business districts in the United States and abroad.

Prior to founding The Witkoff Group, Witkoff co-founded Steller Management Company, where he acquired and repositioned a portfolio of residential buildings in New York City. He previously practiced as an attorney in real estate law at Dreyer & Traub and Rosenman & Colin, where he represented a number of large developers and investors.

Stuart Bass, a three-time recipient of Hofstra’s Teacher of the Year Award for the Zarb School (1997, 2007, 2015), joined the Hofstra faculty in 1984. In 2001, he was appointed director of Graduate Programs at the Zarb School and was instrumental in revising a highly competitive M.B.A. program and was at the forefront in creating the M.B.A. program in Health Care Management in association with the North Shore-LIJ Health System. He also helped to launch the M.B.A. in Sports and Entertainment Management. He teaches business law classes at the undergraduate and graduate levels and in the Executive M.B.A. program.

During his 30 years at Hofstra, Bass has served on the Development Personnel Committee, working as chair for three years. He has twice been elected to the University Senate and currently serves as chair of the Executive Committee, on the Planning & Budget Committee, and as a delegate to the University’s Board of Trustees, where he is Speaker of the Faculty.

Judith Livingston, a partner at Kramer Dillof Livingston & Moore since 1989, has won 32 trials to date with verdicts in excess of $1 million – more than any other female attorney. She has negotiated hundreds of settlements that have resulted in payments to her clients of almost a half-billion dollars. She specializes in medical malpractice and personal injury cases. In recognition of her trial skills, Livingston was the youngest person and the first woman in the United States admitted to the Inner Circle of Advocates — an invitation-only professional group limited to the top 100 trial lawyers in America.

Livingston has been called “A Legal Legend” by Law Dragon and was named in Best Lawyers magazine for 2011 and 2013 as the New York Medical Malpractice “Lawyer of the Year.” She was cited by The National Law Journal as one of “40 lawyers who have made their mark in the area of health care law,” and she has been listed yearly by New York Magazine and Super Lawyers magazine as one of the best lawyers in New York. New York also cited her as one of the “50 most influential women lawyers in America.”

Rosenthal is vice chair of Hofstra University Board of Trustees and serves as chair of the Endowment and Investment Committee. Through personal philanthropy and the Jodi and Robert Rosenthal Family Foundation, Rosenthal and his wife, Jodi, have continuously supported Hofstra in its development efforts, including the creation of the Jodi and Robert D. Rosenthal Endowed Scholarship. He also is a member of the Executive Committee and the Board of Trustees of North Shore-LIJ Health System, as well as co-chairman of its Investment Committee and vice chairman of the North Shore-LIJ Health System Foundation. Rosenthal also serves as lead director of Systemax Inc., a New York Stock Exchange company. 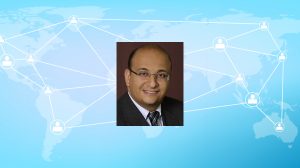