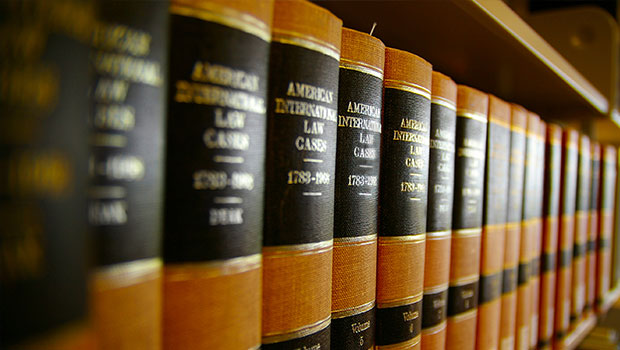 Scholarly Commons is the institutional repository of the Maurice A. Deane School of Law. A service of the Hofstra Law Library, it is designed to capture the intellectual output of the Law School and preserve its institutional history.

Papers have been downloaded by readers around the globe. The top 10 downloaded papers are:

1. “Professional Responsibility of the Criminal Defense Lawyer: The Three Hardest Questions,” by Monroe H. Freedman
2. “Sony Computer Entertainment, Case Study,” by Ayse Erguner
3. “Understanding Women’s Responses to Domestic Violence: A Redefinition of Battered Woman Syndrome,” by Mary Ann Dutton
4. “Atticus Finch — Right and Wrong,” by Monroe H. Freedman
5. “The Law of Fixtures: Common Law and the Uniform Commercial Code-Part I: Common Law of Fixtures,” by Alphonse M. Squillante
6. “The Restatement of the Law Governing Lawyers: A View from the Trenches,” by Lawrence J. Latto
7. “Confusion at the National Labor Relations Board: The Misapplication of Board Precedent to Resolve the Yale University Grade-Strike,” by Stephen L. Ukeiley
8. “Who is Poking Around Your Facebook Profile? The Need to Reform the Stored Communications Act to Reflect a Lack of Privacy on Social Networking Websites,” by Lindsay S. Feuer
9. “The Federal Arbitration Act’s Interstate Commerce Requirement: What’s Left for State Arbitration Law?”, by Henry C. Strickland
10. “The Judge’s Ethical Duty to Report Misconduct by Other Judges and Lawyers and its Effect on Judicial Independence,” by Leslie W. Abramson

The Law Library is developing a number of new Scholarly Commons collections, including:

• Digitizing and making fully searchable an archive of documents from the New York City Charter Revision Commission of 1989 (a gift of Dean Eric Lane). This material has not been digitized to date, so Hofstra Law will be the first to make it available in its entirety.
• Inclusion of completed and forthcoming conference materials. (View the current conferences and symposiums collection.)
• The initial phases of what will be a robust archive of the work of Monroe H. Freedman, including his writings, speeches, awards, and unique collections of his professional papers.

Scholarly Commons at Hofstra Law is part of the Digital Commons Network, which brings together free, full-text scholarly articles from hundreds of universities and colleges worldwide.