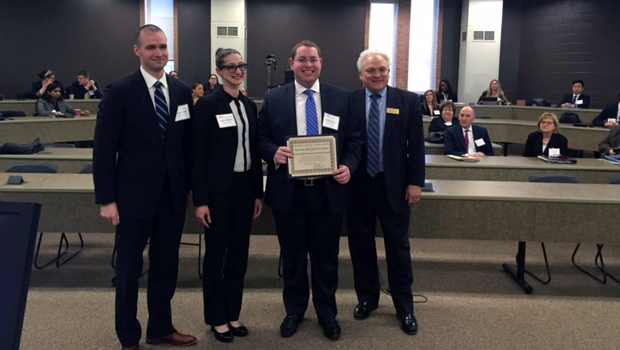 The Hofstra Law team of third-year students Thomas Haley, Michael Senders and Leron Solomon was a semifinalist in the New England Regional Meet of the seventh annual Transactional LawMeet Competition.

The Hofstra Law team was also a co-winner of the Best Draft award for the regional meet, which was hosted by Western New England University School of Law on Feb. 26, 2016.

Twelve teams competed in the regional meet, negotiating a merger of two emerging technology companies. The regional round began with a two-month drafting stage — in which students drafted term sheets, interviewed their clients and critiqued opposing teams’ drafts — and concluded with live negotiations.