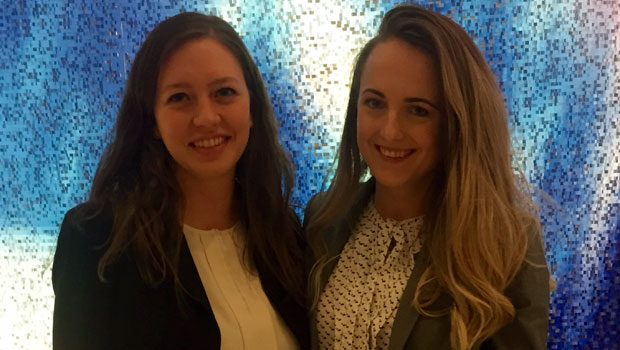 The team had qualified for the final rounds by finishing second in the Northeast Regional Competition, held at Cardozo School of Law on Nov. 1-2, beating out four teams from schools with nationally ranked dispute resolution societies.

This was the first Hofstra Law team ever to compete in the prestigious national negotiation finals. Although Jargilo (at right in photo) and Schwendeman did not advance to the final round in San Diego, they gained valuable experience and enhanced the reputation of Hofstra Law’s Dispute Resolution Society.

“The organization has made great strides in each of its six years of existence and is gaining tremendous exposure in the area and now nationally,” said Christopher Gioia ’14, the society’s advisor. “Jyllian and Izabela were two of only a handful of 2L students who made it to the national finals, and they will have another opportunity next year to make a lasting impression.”