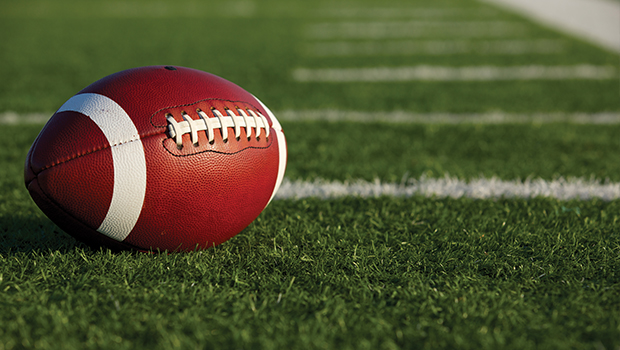 Dave Gardi ’96 was born into football. His father, Joe Gardi, who passed away in 2010, was a legendary Hofstra football coach and longtime assistant coach for the New York Jets. Coach Gardi cheered his son on when Dave played at Long Island’s Sayville High School and during his college career as quarterback for the Brown University Bruins. Dave was determined to pursue football as a career, but his road led him, not to the playing field, but to an office at the National Football League headquarters as senior vice president of football operations.

“When I graduated from Brown, I considered coaching with my father,” recalls Gardi. “But he was adamant and persuasive in convincing me that law school was the route to take for a professional football career. His reasoning was that people he knew in the front office side of football had more time to spend with their families than coaches did.”

“Because of the interesting dynamic involving labor, contracts, workers’ compensation and antitrust, there really is no such thing as a ‘sports law practice,’ because the field touches so many areas.”

Gardi did join his father at Hofstra University, both as a fan on the sidelines at Hofstra Pride games and as a student at Hofstra Law. While not an official coach, Gardi was so involved in the program that he “lived in his father’s office” and sometimes spent nights sleeping on the office couch.

“I was able to spend a lot of time with my dad in my mid-20s,” recalls Gardi. “That bonding was what I enjoyed the most, but even better, I met my wife in law school.”

Between his second and third year at Hofstra Law, Gardi interned with the NFL’s Management Council, working with the labor attorneys. After earning his law degree, he went to work for a New York City litigation firm, but his resolve to return to the NFL never wavered. Seven years later, he was offered an opportunity.

He then spent the next 11 years as NFL labor relations counsel before the NFL created his current position in 2014.

As a lawyer by training and a sports executive by trade, Gardi has an insider’s perspective on sports law as a legal field. “I laugh because people refer to sports law as a separate entity, and I am part of the Sports Lawyers Association,” he says. “However, because of the interesting dynamic involving labor, contracts, workers’ compensation and antitrust, there really is no such thing as a ‘sports law practice,’ because the field touches so many areas.”

For law students aspiring to work for the NFL, Gardi offers this advice: “What we look for is people who have an interest in what we actually do — we like somebody to have interest in operations aspects, such as collective bargaining, labor relations, intellectual property and other legal-related fields.”

Gardi believes that, in addition to his legal background, his time as a player and on the sidelines at Hofstra football games with his dad helped him succeed, because he was able to see all sides of the business. “I knew I wanted to end up at the NFL and I’m blessed to have this job,” he says. “I still do a little legal work, but in an interesting context — as it applies in the football operations world.”