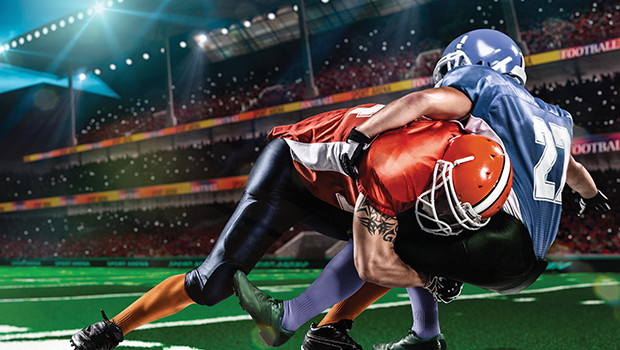 Joel Segal ’89 built his mega-success as one of the country’s top sports agents one phone call at a time. President of Lagardere Sports Football, Segal is considered by many to be the most powerful agent in the NFL.

When he was growing up, a sports career wasn’t something Segal had set his sights on, even while he was in law school. In fact, after earning his law degree, Segal started down the traditional legal path.

“In 1991, I was working at a law firm and read a few articles about sports agents, and it sounded exciting and interesting,” he says. “I cold-called athletes, finding phone numbers of dorms, trying to reach someone who would talk to me.”

“Opportunities exist when you have a law degree. There is no imperative to be sports-focused in law school to become a sports agent after you graduate.”

Segal credits his Hofstra Law degree with helping build his early roster of clients. He believes that “having a law degree gives you instant credibility” and that certain classes taken in law school have helped throughout his career.

The role of the sports agent and the career path to entering the profession have changed greatly over the more than 20 years since Segal started in the business. “The field now is more saturated and difficult to break into,” he says.

Segal tells students who want to go the sports agent route to get a really good education and then get internships and jobs that are useful in sports. “Opportunities exist when you have a law degree,” he says. “There is no imperative to be sports-focused in law school to become a sports agent after you graduate.”

While Segal applies his legal knowledge to every aspect of his work, traditional legal work is just a small part of the job description. His primary goals are to make sure his clients are maximizing their earnings and to assist them in all facets of their life.

Just a few of the many things he does for clients are negotiating contracts and marketing deals, activating social media, and discussing ideas for life after football.

Segal recently assisted a client interested in breaking into the entertainment business by procuring an internship and a recurring role in HBO’s hit series Ballers.

Now with more than two decades of experience as a sports agent, Segal still finds the job as exciting and rewarding as it seemed when he first read those early articles about the profession. He says he especially enjoys the autonomy of working very hard on his clients’ behalf and “making sure that all aspects of their lives are protected.”

Welcoming the Honorable A. Gail Prudenti
Dave Gardi ’96: From the Gridiron to the NFL Front Office