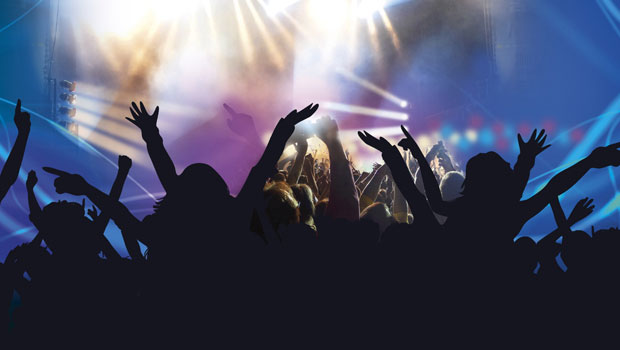 Talent manager Larry Rudolph ’88 always knew he wanted to go into entertainment law. Today, thanks to his hard work and tenacity, Rudolph has become one of the most influential music managers in the industry.

He is the founder of Reign Deer Entertainment and one of the founding members of the elite Maverick management group. Reign Deer was folded into Maverick last year, and the company now collectively represents 40 of the biggest recording artists in the world.

Rudolph, who started the Entertainment and Copyright Law Digest and managed a local Long Island band when he was a student at Hofstra Law, encourages law school students interested in music management to first practice law for a while.

“A law degree will help,” he says, “but there’s nothing like real life practice when you’re in the manager’s seat.”

After working in a small general practice firm for a few years, Rudolph founded the New York entertainment law firm Rudolph & Beer, LLP in 1993, and began signing clients from the urban music scene that had grown up in Mount Vernon, New York, in the early ’90s.

“I got deeply involved in urban,” he says, “and then in the mid-’90s I was representing a few young kids [such as the Backstreet Boys and ’N Sync] who were at the epicenter of the pop movement, and switched my focus to pop.”

“I didn’t sit around waiting for something to come to me. I was like a steamroller.”

“When I met Britney, I’d never seen her on The Mickey Mouse Club,” says Rudolph. “She came in with a VHS tape and I thought she was an amazing talent but a little young, and at the time pop music wasn’t happening. Then the Spice Girls and Backstreet Boys hit.”

By 1997, Rudolph knew the time was right and secured Spears’ first record deal. That deal changed everything for his career.

“Launching Britney’s career was an explosion,” he says. “It was more than a full-time job — it was two full-time jobs, and after that I didn’t have any time for law work.”

Spears had a large management team, and for a while she was his entire focus. Rudolph signed on other artists as well, and his company Reign Deer Entertainment grew from there.

Today, in addition to Spears (who left in 2004 but returned in ’07), Reign Deer’s clients include Miley Cyrus, Avril Lavigne, Pauly D and Steven Tyler, and the company co-manages Aerosmith.

“There were a few years when I was both Britney Spears’ lawyer and her manager, and I was her legal representation when we put together her fragrance deal,” Rudolph says. “That brand turned into one of the most successful celebrity fragrances ever, just behind Elizabeth Taylor’s White Diamonds.”

As the music industry continues to change, it’s Rudolph’s forward-thinking vision that has made him and his clients successful. Besides Spears’ fragrance brand, he helped launch her Las Vegas residency.

With the success of Reign Deer Entertainment and other ventures, Rudolph is now established at the top rung of the music management ladder, but the climb took a lot of very hard work.

“I didn’t sit around waiting for something to come to me,” he says. “I was like a steamroller.”