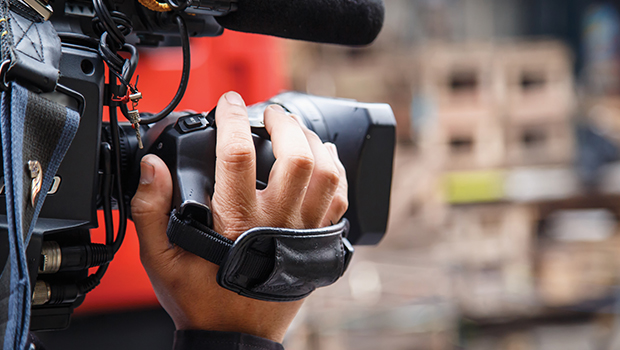 Working as vice president for business and legal affairs at NBCUniversal Telemundo Enterprises, Melanie Montenegro ’00 has been able to live out part of her childhood dream.

Born in Guatemala, Montenegro moved to Brooklyn, New York, with her mother and brother after her father passed away. Growing up in a mid-to-low-income family, she dreamed of being successful and vowed to do so at a young age. Inspired by her dream to own a Victorian-style home in New York, like the one across the street from her elementary school, Montenegro knew she would have to work hard. In fact, she graduated high school early so that she could use the last year to earn money for college at SUNY Binghamton.

“Never get so busy making
a living so you forget to
make a life.”

Montenegro always delved into new areas and tried new things. Though she had never played sports, she made the softball team as a walk-on and was a member for four years. Her commitment to succeed allowed her to graduate with a double major and continue on to law school.

At Hofstra Law, her work ethic continued. “Every semester and break,” she recalls, “I took on many hours of work in order to finance my studies.”

When she was a first-year law student, her career kicked off with a coveted 1L summer associate position at Kaye Scholer, LLP in New York. She worked on an array of legal matters for many clients, including her first entertainment client, Spanish Broadcasting System (SBS), a public media company with radio stations throughout the U.S. and Puerto Rico.

Montenegro was able to secure a position with the firm after law school. “As an associate,” she says, “I worked on assignments that exposed me to many areas of the law, including M&A, financings, bankruptcy and litigation.”

After seven years at Kaye Scholer, Montenegro accepted an offer from SBS to move in-house and relocated to Miami as its corporate finance counsel. She was with SBS for seven years, working her way up to executive vice president and general counsel.

Three years ago, Montenegro joined NBCUniversal Telemundo, an opportunity which has allowed her to be engaged in new areas of the broadcast business. She has had the opportunity to work on many studio productions, acquiring scripts, negotiating talent and production services agreements, and seeing projects through from concept to full production to premieres.

“There are so many moving pieces in a production, especially on unscripted and reality shows,” she says. “It’s interesting to see what occurs behind the camera and the magic that transpires in front of our viewing audience.”

For lawyers in the broadcast entertainment sector, Montenegro sees the next challenge in emerging technologies and the underlying business opportunities they present, especially digital short-form content that attracts millennials.

“Spanish TV has been an innovator in binge-watching, as we produce anywhere from 60 to 120 episodes per season, including such popular shows as El Señor de los Cielos, Santa Diabla and Reina de Corazones,” she says. “Consumers have options and there are more players, so we need to be creative and innovative in such a competitive landscape.”

While Montenegro is focused on the future of her industry, she is also mindful of her personal life. She reminds herself, “Never get so busy making a living so you forget to make a life.”

This philosophy has served her well. While she doesn’t have the New York Victorian-style home she once dreamed of, she says, “I have an incredible family and home, with Miami style and sunny weather.”