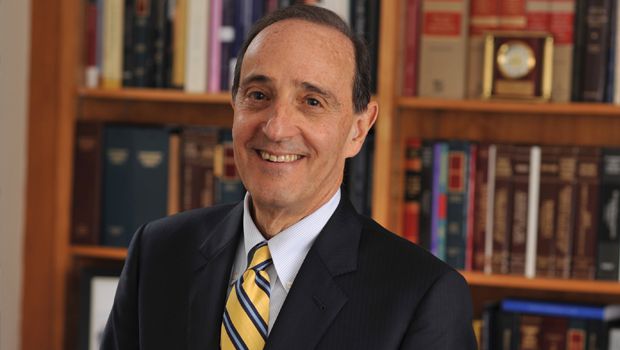 Dear Friends and Fellow Members of the Hofstra Law Community,

It is with great sadness that I share with you that our beloved colleague Alan Resnick passed away peacefully today of complications from multiple myeloma.

For 42 years as a professor, Alan radiated enthusiasm for teaching. While he served as interim dean of the Law School in 2004-2005 and as associate dean from 1979 to 1981, his heart was always in the classroom.

Alan was instrumental in helping many Hofstra Law graduates start their careers, and he found immense pleasure in following his former students’ successes and seeing them make a difference in the legal profession.

Outside the classroom, Alan was recognized nationally as an authority on bankruptcy law. For 27 years, he worked as of counsel to the law firm of Fried, Frank, Harris, Shriver & Jacobson LLP. He served as editor-in-chief of Collier on Bankruptcy, the leading multi-volume treatise on the subject of bankruptcy, and authored a one-volume treatise, Bankruptcy Law Manual, which he co-wrote with Benjamin Weintraub. Their professional partnership was honored in 1984 when Hofstra Law named Alan the Benjamin Weintraub Distinguished Professor of Bankruptcy Law to commemorate their shared accomplishments in the field.

In 2015, Hofstra Law established the Alan N. Resnick Endowed Scholarship to honor Alan’s extraordinary teaching career. Alumni, colleagues and friends donated more than $220,000 to support, in perpetuity, the award of scholarships to future Hofstra Law students who demonstrate outstanding academic achievement, with priority given to students interested in the bankruptcy and restructuring field. (Read more about Professor Resnick’s career in the Hofstra Law Report feature story “Celebrating 40 Years of Excellence.”)

As a dean, I cannot imagine a better faculty member than Alan. He was a superb teacher, mentor, scholar and contributor to the Hofstra Law and bankruptcy law communities.

Alan was also my very close friend. When I last spoke to him, Alan told me that he had lived a spectacular life. And he had: succeeding at all he tried, respected and loved by all who had the opportunity to be with him. But nothing made Alan’s life so spectacular as the wonderful family that was the source of his strength and wisdom and deep understanding. We all owe Alan Resnick a big thanks for all he has done for our Hofstra Law community, and a tip of the hat for a life well lived.

On behalf of the Maurice A. Deane School of Law community, I offer my deepest sympathies to his family.

The funeral will be held at 10:30 a.m. on Sunday, July 31, at Riverside Memorial Chapel, 180 West 76th Street in Manhattan. In lieu of flowers, the family kindly requests that donations be made to the Multiple Myeloma Research Foundation through the following website: http://support.themmrf.org/goto/teamresnick.

An announcement of a formal memorial by the Law School will follow.