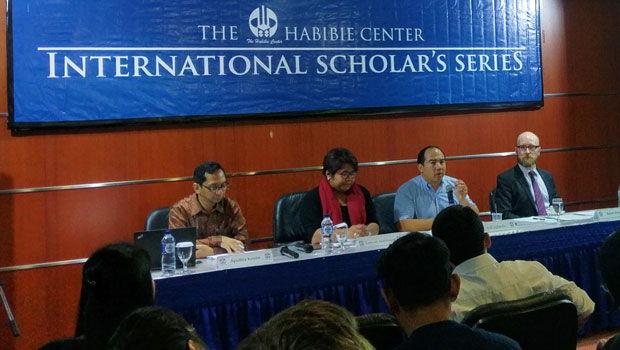 Julian Ku, the Maurice A. Deane Distinguished Professor of Constitutional Law, was a featured speaker at a Sept. 6, 2016, event in Jakarta, Indonesia, on “The Hague’s South China Sea Ruling: Legal and Political Implications.” The open forum was sponsored by The Habibie Center, the United States-Indonesia Society (USINDO) and the U.S. Embassy Jakarta.

In the presentation, Professor Ku offered his analysis of the impact of a recent Permanent Court of Arbitration ruling under the U.N. Convention on the Law of the Sea on the region and on Indonesia.

Professor Ku’s presentation and statements were reported on by several Indonesian newspapers and websites.