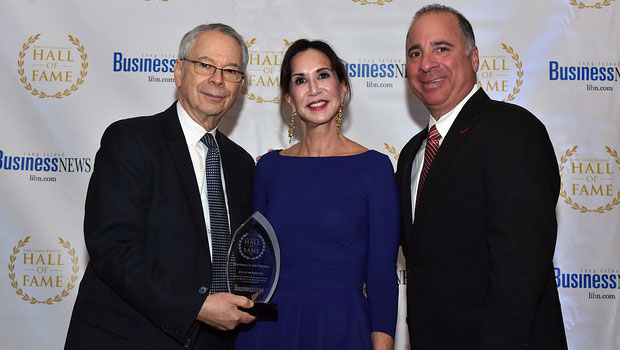 The Honorable A. Gail Prudenti, executive director of the Center for Children, Families and the Law and senior associate dean for operations, was honored as one of eight inductees into the Long Island Business Hall of Fame on Nov. 10, 2016, at a ceremony at the Crest Hollow Country Club in Woodbury.

Induction into the Hall of Fame is Long Island Business News’ “highest honor for those who demonstrate a commitment to excellence, past, present and future.”

Judge Prudenti was also recognized by LIBN on Oct. 20 with a Top 50 Women in Business award, which honors Long Island’s top influential women in businesses, government and nonprofits.

At Hofstra Law, Judge Prudenti leads the Center for Children, Families and the Law, which is devoted to improving the treatment and representation of children and families involved with the legal system. She also provides counsel to the dean on a broad range of issues.

Her career on the bench has spanned more than two decades, culminating in her appointment in 2011 as chief administrative judge. During her tenure, Judge Prudenti’s achievements included reducing judicial backlogs, working to increase Family Court judgeships and helping to create a pro bono scholars program that encourages law students to pursue public service.

Judge Prudenti was featured earlier this year in the most recent issue of the Hofstra Law Report, where she discussed her commitment to public service and helping families in need.

TagsCenter for Children, Families and the Law Judge Gail Prudenti