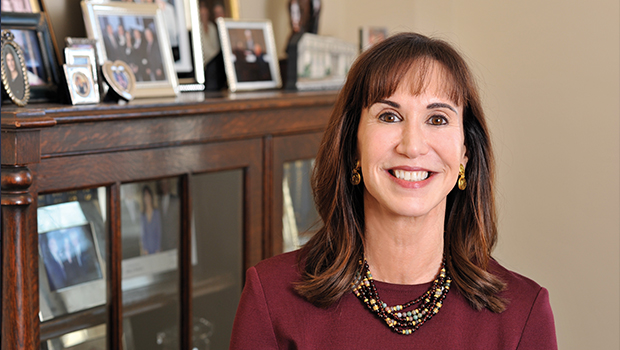 Hon. A Gail Prudenti published her first Long Island Business News column since becoming Interim Dean, “At Hofstra Law, Looking to Be Ahead of the Curve.”

She begins the Jan. 24 column by examining the impact of Hofstra Law on the Long Island community, explaining that there are two aspects to that impact: economic and social.

In reviewing the economic impact, Judge Prudenti points up the millions of dollars contributed annually to Long Island’s economy, especially through the patronage of local businesses by Hofstra Law’s students, faculty and administrators. Local government, she adds, also benefits from this influx of capital through sales tax.

As for Hofstra Law’s social impact, Judge Prudenti underscores the service provided to underserved and unrepresented Long Islanders through the Class of 2016’s nearly 60,000 hours of pro bono work, the clinical programs and the Center for Children, Families and the Law (which she has directed since September 2015).

Judge Prudenti concludes by detailing her key priorities as interim dean: building upon Hofstra Law’s tradition of staying ahead of the curve in legal education and enhancing the Law School’s reputation as innovative, groundbreaking and cutting-edge, from pioneering fully integrating clinical education into a traditional law school curriculum to teaching the technology of practice.