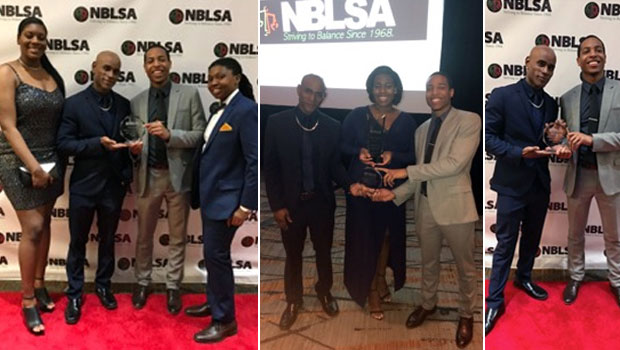 In the Nelson Mandela International Negotiations Competition, Hofstra Law’s team of Andrew Ferguson 2L and Olivier Labossiere 1L finished as the third-place finalist in the 16-team competition. To reach the final round, Olivier and Andrew advanced in two preliminary rounds as well as the quarterfinal and semifinal rounds. “It would be impossible to count all the ways that this experience has helped me in my career,” says Andrew. “My eyes have been opened to new stages of opportunity and strength.”

The Nelson Mandela International Negotiations Competition is the only non-litigation-based competition offered by the NBLSA. The competition provides members with a unique opportunity to develop useful negotiation skills, while creating awareness of important global issues.

In the National Frederick Douglass Moot Court Competition, Hofstra Law’s team of Annette Bevans 3L and Brianni Lyons 2L finished as a quarterfinalist. They had advanced to the national competition by finishing as the second-place finalist in the Northeast regional competition in January.

Also during the NBLSA national convention, Samantha McDowall 3L, the NBLSA national treasurer for 2016-17, received the National Black Law Student Association Board Member of the Year Award. Samantha also served as Hofstra Law’s BLSA president for 2015-16 and is moot court director of competitions for 2016-17.