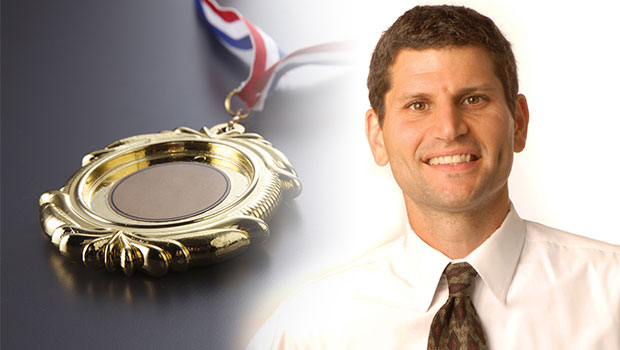 The New York State Bar Association Committee on Children and the Law recently announced that Professor Theo Liebmann, clinical professor of law and director of clinical programs, will be honored with a 2017 Howard A. Levine Award for Excellence in Juvenile Justice and Child Welfare at a reception and ceremony on May 30.

The Howard A. Levine Award recognizes the vital services of lawyers and non-lawyers who have done outstanding work to improve New York’s child welfare and juvenile justice systems. The Committee on Children and the Law created the award in 1986. It is named for retired Court of Appeals Judge Howard A. Levine (Whiteman Osterman & Hanna LLP), who was the first chair of what was then called the Special Committee on Juvenile Justice.

At Hofstra Law, Professor Liebmann has directed the interdisciplinary Youth Advocacy Clinic since its inception. As attorney-in-charge, he supervises law students and mental health trainees working together to advocate on behalf of youth involved in the immigration and child welfare legal systems. Professor Liebmann and his students have represented hundreds of youth in cases involving physical abuse, sexual abuse, and neglect, as well as related delinquency, custody and guardianship matters.

Before coming to Hofstra Law, Professor Liebmann was a lawyer for children in maltreatment and juvenile delinquency cases at the Manhattan office of The Legal Aid Society’s Juvenile Rights Division.

In Oct. 2015, Professor Liebmann and Judge Edwina Richardson-Mendelson, administrator of New York City’s Family Courts, were named co-chairs of a new Advisory Council on Immigration Issues in Family Court. The council works to address the concerns of judges, the bar, litigants and others about a topic of increasing public interest: immigration-related issues arising in Family Court.

The work of Professor Liebmann and students in the Youth Advocacy Clinic on behalf of immigrant youth on Long Island was featured in a Newsday article, which was reprinted (with permission) in the Spring 2016 issue of the Hofstra Law Report.

Prof. Eric M. Freedman Argues That a US President Can Be Prosecuted in Vox Story
Hofstra Law Ranks 35th Nationally for Employment Outcomes