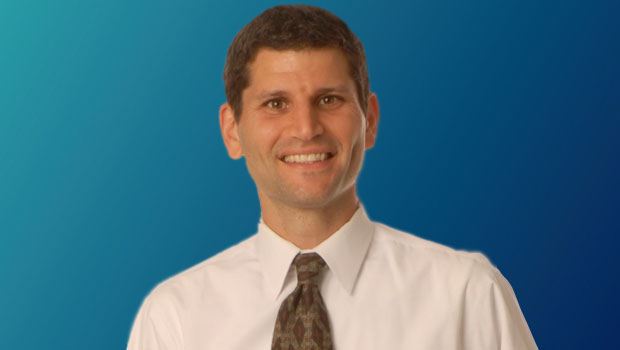 On June 29, Professor Theo Liebmann, director of Clinical Programs and attorney-in-charge of the Youth Advocacy Clinic, gave invited testimony to the New York City Council at a hearing on the issue of immigration enforcement and arrests in New York City Courts.

Since the election of President Trump and the implementation of his immigration agenda, there has been a dramatic increase in the presence of U.S. Immigration and Customs Enforcement, or ICE, agents in state courts, including criminal courts, domestic violence courts, human trafficking courts and family courts.

Professor Liebmann testified on the chilling effect that presence has on access to family courts by immigrants, and how that chilling effect negatively impacts the well-being of immigrant children and families living in New York. His full testimony appears below.

Besides the Youth Advocacy Clinic, Hofstra Law’s Clinical Programs include the Asylum Clinic, the Immigration Clinical Practicum and its newest program, the Deportation Defense Clinic.

For the past 18 years I have directed a legal clinic that advocates for immigrant children escaping violence, poverty, and neglect. Our clinic has worked on behalf of Haitian children orphaned after the devastating 2010 earthquake. We have assisted LGBTQ youth escaping countries where their sexuality is a crime. And we have represented countless survivors of physical and sexual abuse. We advocate for our young clients in New York’s family courts, appellate courts and federal immigration courts to achieve two over-arching goals: to promote our clients’ safety, stability and permanency by establishing formal legal guardianship arrangements between them and their primary caretakers; and, by pursuing Special Immigrant Juvenile Status (“SIJS”) and lawful permanent residence, to ensure that our clients do not have to return to countries where they endured violence, abject poverty and other traumatic experiences. Guardianship proceedings and key elements of the SIJS process require our clients and their families to initiate matters in family court, to attend court appearances and hearings in family court, and to provide extensive personal information to family court judges and administrators.

Although most of our young clients have been through harrowing experiences simply to make it to the United States, I have never seen the level of anxiety I see today in them and their families. Their fears are understandable. One provision of the Department of Homeland Security (“DHS”) memos released earlier this year calls for criminal prosecution and removal from the U.S. of family members who pay a guide to bring a child into the U.S., regardless of the danger from which the child is escaping. DHS Secretary John Kelly has stated that he is considering separating immigrant children from their parents at the border, placing the parents in detention facilities and the children in foster care. And, of most relevance to this hearing, ICE enforcement in state courts has increased dramatically since President Trump took office.

In the twenty-one years I have worked in New York’s family courts, including New York City family courts as well as Long Island family courts, I had never seen nor heard of a single instance of ICE enforcement or presence in family court buildings, nor ICE involvement in any aspect of family court proceedings. That changed in November 2016. Recent activities of ICE in family courts that have been reported and confirmed by the Immigrant Defense Project include the following:

•  On November 22nd, ICE agents arrested a mother who had appeared in Albany Family Court for a PINS petition she had filed after her teenage daughter had run away. While attorneys for the mother and daughter attempted to resolve the PINS petition, ICE agents stood outside of the courtroom for several hours. At the conclusion of the proceeding, ICE took the mother away and detained her at Albany County Jail. During her month and a half long detention, the mother’s teenage daughter and son were both placed in foster care.

•  On April 19th, plainclothes ICE agents arrested a father who was appearing for a visitation matter in the Suffolk County Family Court. The father who was targeted had sole custody of the two children, a four- and five-year old, and the mother was filing for visitation. The father came to the U.S. as a toddler when his family fled their native country because of persecution. His parents and 7 siblings are all U.S. citizens or lawful permanent residents. The ICE agents, who were in plainclothes, arrested the father in the hallway outside of the visitation part. He is now detained in an immigration jail and his children are living with his parents.

Even before recent ICE presence in family courts, it has often been a challenge to convince our clients and their families that accessing courts is a viable method of achieving goals of safety and stability. Security screening at courthouse entrances, the formality of the courtrooms themselves, the presence of uniformed court officers, and the practice of requiring fingerprinting are among the common aspects of court involvement that many might take for granted, but that can be especially anxiety producing for young immigrant clients who have often had negative and even abusive interactions with police, government representatives, immigration agents, and other adults in positions of authority. Until recently, however, advocates had always been able to provide at least some comfort by explaining that ICE has no involvement with the family courts; that ICE has no presence in family courts; that ICE does not access family court information. We cannot say that any longer, and, unsurprisingly, we have seen a dramatic decrease in the willingness of our clients and their families to go to family court. Across New York, including at crucial legal service providers such as The Domestic Violence Project at the Urban Justice Center, My Sisters’ Place, Bronx Legal Services, John Jay Legal Services, Sanctuary for Families, and The Door’s Legal Services Center, more and more immigrant children and families are choosing not to access the courts because of fears of ICE presence and enforcement.

As a lawyer for immigrant children I see all the time how important access to courts is for stability, a sense of permanence, and formal caretaking relationships that provide access to proper education and medical care. Unfortunately, unless we can frankly say to immigrant clients that New York is taking action to keep ICE out of family courts, we will continue to make it harder to help immigrant children and families achieve those basic human goals.