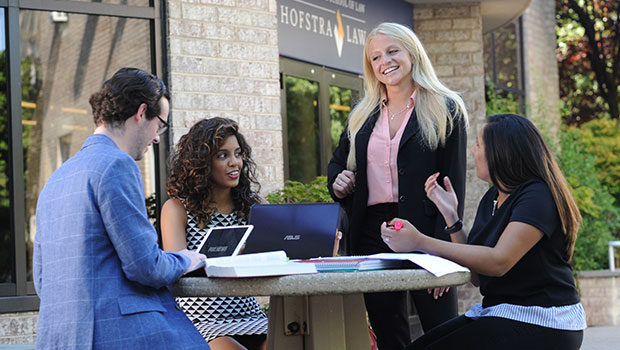 PreLaw magazine has ranked Hofstra Law 4th among all U.S. law schools for the most improvement in the employment rate for graduates from the Classes of 2011 through 2016. The rankings are announced in preLaw’s Back to School 2017 issue.

With an increase of 22.8 percent, Hofstra Law is one of only nine law schools that have improved their employment rates by 20 percent or more since 2011. This recognition for the employment success of the Law School’s graduates comes on the heels of the spring 2017 rankings by Law School Transparency (LST), in which Hofstra Law ranked 35th among all U.S. law schools for its Class of 2016 employment outcomes.

In its analysis, preLaw used a modified employment score that considered the quality of the position. For example, the magazine explains, a full-time, long-term bar-passage-required job (the type of employment law school graduates value most) was given a 100 percent weight, and a part-time, short-term job that did not require the bar exam was weighted at 10 percent.

Read the full article “Most Improved Employment Rates” in preLaw’s online Back to School 2017 issue.