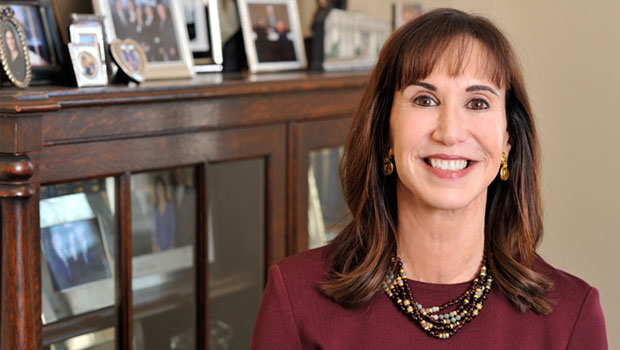 Judge Gail Prudenti, dean and executive director of the Center for Children, Families and the Law, published the article “Square Pegs and Round Holes: Shoehorning Modern Family Dynamics into Antiquated Laws” in the April 18 issue of Nassau Lawyer, the journal of the Nassau County Bar Association.

In the article, Judge Prudenti examines how “with the evolving definition of family — not to mention the brave new world of genetic science — judges are increasingly forced to think in ways they previously had not while applying laws in a way that was never contemplated when they were drafted, synchronizing old laws and old views with new realities.”

To illustrate the complexity of the challenges faced by the courts, the article discusses a series of recent cases involving such issues as the parental rights of a gestational mother who is not the biological mother, whether the presumption of legitimacy applies to a child born to a same-sex marriage, and whether a non-biological, non-adoptive parent can achieve standing to petition for custody and visitation.

Excerpt:
Judge Kaye in Alison D. recognized the court’s legitimate role in defining terms undefined by the Legislature — such as “parent” — to effect the overarching intent of the statute. That is a role the courts must embrace, with all due caution and restraint. Culture, science and law are intersecting in unprecedented ways, and much of the time the resultant societal and legal questions arise in the courts that need to be brought to the attention of lawmakers.