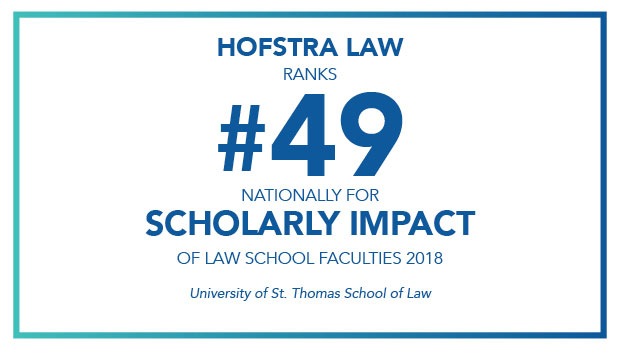 Refined by Professor Brian Leiter, the “Scholarly Impact Score” for a law faculty is calculated from the mean and the median of total law journal citations over the past five years to the work of tenured members of that law faculty.

The authors note: “Hofstra places #49 in the Scholarly Impact ranking, but is remarkably under-appreciated for its scholarly contributions [in the U.S. News ranking]” (page 30).

The most cited Hofstra Law scholars are: