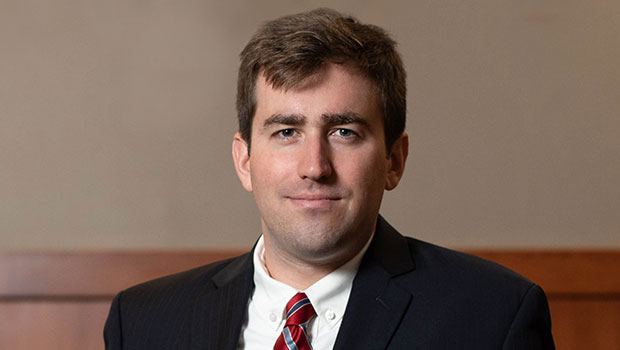 Why did you choose to study law?
I originally wanted to be a political theorist, but after studying political theory at a graduate level, I was dissatisfied with the discipline’s disconnection from the real world. I found law to be a perfect bridge between a concern for higher-order political principles and their application to a lived experience.

Before joining Hofstra Law, you worked for the U.S. Department of Defense as an appellate defense counsel at the Guantanamo Bay Military Commissions. Was there a key lesson you learned from that experience?
The key lesson that any criminal defense attorney learns is one that was especially taught at Guantanamo: an attorney must preserve his or her independent judgment and work zealously for his or her client, no matter who the client is. The adversary system and the rule of law depend on it. My supervisor, General John Baker, was held in contempt and put under house arrest for standing up for the correct interpretation of the law. While he was later vindicated by the federal court in D.C., this episode demonstrated the lengths a defense lawyer must at times go to in order to fulfill his or her professional obligations.

What inspired you to pursue an academic career in law?
I always found great joy in thinking deeply about legal issues, and in discussing them with others — especially students.

What attracted you to Hofstra Law?
New York — upstate — is my home, and therefore teaching at a New York law school is like coming home while simultaneously achieving my professional dreams. Moreover, I am now teaching legal ethics at the place where this discipline was invented by Monroe Freedman. That is a great honor and responsibility.

How would you describe your scholarship focus?
I am concerned with investigating the substantive criminal law, and especially any federal constitutional limits that might be imposed on this body of law. Right now, I am critiquing the practice of criminalization by administrative agencies, and not legislatures. Soon, I hope to present a new theory of military criminal justice, and specifically the concept of “good order and discipline” in military law.

Now that you are working on Long Island, what are you looking forward to exploring in your free time?
My sister, a matrimonial lawyer, and brother-in-law, a bankruptcy lawyer at Skadden, have recently purchased a home in Greenport, on the so-called North Fork of Long Island. I hope to discover new wineries in this area, and to learn how to drive a boat.