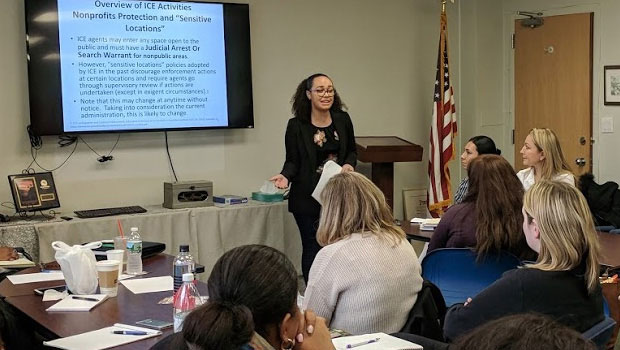 The Hofstra Law Deportation Defense Clinic was honored with the Mary Dewar Human Rights Award by Long Island Jobs with Justice at its annual Prayer Brunch on Dec. 6. The award is given to organizations that stand up for and stand with immigrants on Long Island.

Other honorees were the Court Accompaniment Volunteers, Sanctuary Congregations on Long Island, and the Rapid Response Networks of Long Island.

The Prayer Brunch, which was was held at Temple Beth El in Huntington, New York, also celebrated the 70th Anniversary of the Universal Declaration of Human Rights.

View a LawNews story about the work of the Deportation Defense Clinic.