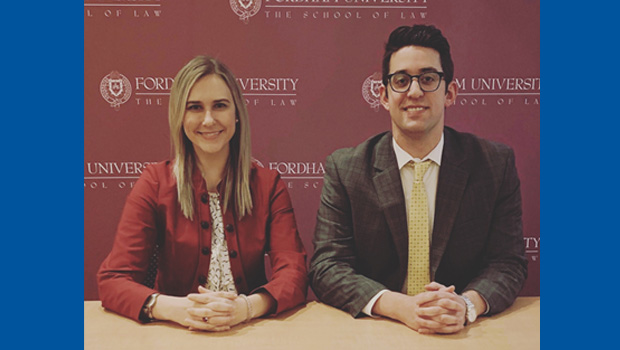 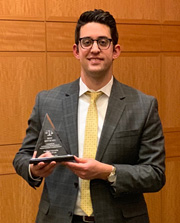 Hofstra Law’s Dispute Resolution Society participated on February 22-23 in the 7th annual National Basketball Negotiation Competition. Competing against 27 teams that had traveled from across the country to Fordham University School of Law in New York, the Hofstra Law team of Allison Buczynski 2L and Anthony Farina 2L advanced to the finals of the national competition. Anthony was also voted Best Overall Advocate in the competition.

When Allison and Anthony advanced from the 28-team pool to the quarterfinals, it was the third time in five years that a Hofstra Law team had reached that round in the competition. After a tightly contested final-round matchup — decided by a single point on the judges’ scoresheet — Allison and Anthony finished as runners-up, Hofstra Law’s best finish to date in the National Basketball Negotiation Competition. 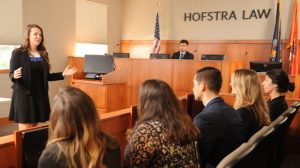