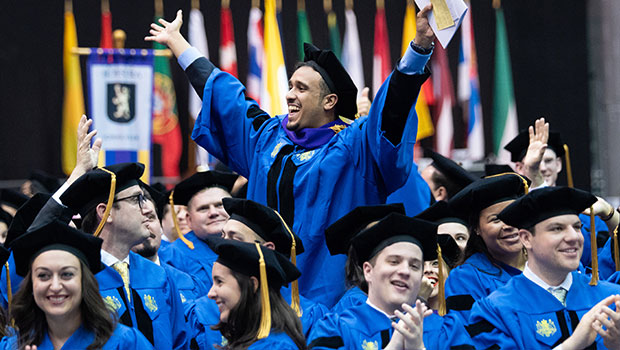 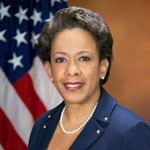 The Honorable Loretta Lynch, former Attorney General of the United States, will deliver the commencement address and be awarded the Hofstra University Presidential Medal at the Maurice A. Deane School of Law at Hofstra University’s commencement ceremony on Monday, May 20, at 7 p.m. at the David S. Mack Sports and Exhibition Complex, located on Hofstra’s North Campus.

“We are honored to have Loretta Lynch, a true trailblazer and an outstanding attorney, as our commencement speaker,” said Judge Gail Prudenti, dean of Hofstra Law. “I am grateful that our graduates will have the opportunity to hear from her as they prepare to embark on their own legal careers and blaze new trails.”

Appointed by President Barack Obama in 2015, Ms. Lynch is the first female African American to hold the position. She also served as the head of the U.S. Attorney’s Office for the Eastern District of New York twice, under both President Bill Clinton and President Obama. (View Ms. Lynch’s full biography below.)

After a light breakfast reception, the program will begin and consist of an introduction and welcome by our dean, Judge Gail Prudenti, and then remarks by Professor Jennifer Gundlach highlighting student’s accomplishments in public service areas and the presentation of the Public Service Awards. This program will last approximately one hour.

Students’ family and friends are welcome to attend both the celebration and the reception.

The program consists of an introduction and welcome by our dean, Judge Gail Prudenti, speeches by the elected 3L speaker, Ahkianne Wanliss; the SBA presidents, Joseph Finelli and Morgan Gieser; and the elected Teacher of the Year, Professor Ronald J. Colombo, and the presentation of various awards that recognize student accomplishments throughout law school.

This program will last approximately one hour and a half, and a light dinner reception will be served at the Law School immediately following the celebration. Students’ family and friends are welcome to attend both the celebration and the reception.

Tickets are not necessary for either event, and students do not wear academic attire.

Please note: The students receiving awards at either celebration will be notified via email on Friday, May 17.

The Commencement Ceremony will take place at 7 p.m. in the David S. Mack Sports and Exhibition Complex (the arena located on the North Campus). The ceremony will last approximately two hours.

The Honorable Loretta Lynch, former Attorney General of the United States, will give the opening remarks. At the Commencement Ceremony, the president of the University, Stuart Rabinowitz, will confer the degrees, and students will walk across the stage to be announced by name, hooded and congratulated by Judge Gail Prudenti, dean.

Please note: Students must visit the Office of Career Services for an exit interview, at which they will be given a ticket needed to pick up their cap and gown. Students will receive additional information from Career Services.

Academic attire pickup is Tuesday and Wednesday, May 14 and May 15, from 10 a.m.-8 p.m., and Friday, May 18, from 10 a.m-3 p.m., on the lower level of the Bookstore in the Sondra and David S. Mack Student Center. Students are asked to please present their Hofstra ID card and the ticket they received from the Office of Career Services.

There is no fee for the cap and gown, and they will be students’ to keep after the ceremony.

As students enter the Physical Education Center, please stop by the table near the entrance to pick up a yellow index card. This card will have their name on it, as it is to be read when they walk across the stage. Please read the name carefully and make any necessary changes, and add a phonetic spelling of the name if needed.

Once the processional lines are formed, students will walk into the arena, and the ceremony will begin. Please note that students do not put their hood on before the ceremony; they will be hooded on the stage.

The Commencement staff will be available on Monday to assist students and answer any last-minute questions they may have.

More about the Honorable Loretta Lynch

One of the most highly accomplished public figures in America today, former Attorney General Loretta Lynch has been a leading progressive voice during her more than 30-year highly distinguished career. She served as the 83rd attorney general of the United States from 2015 to 2017.

She is the first female African American attorney general of the United States, appointed by President Barack Obama. She also served as the head of the U.S. Attorney’s Office for the Eastern District of New York twice, under both President Clinton and President Obama. Described by President Obama as “the only lawyer in America who battles mobsters, drug lords, and terrorists, and still has the reputation for being a charming ‘people person,’ ” she has been instrumental in shaping the direction of the nation on numerous tough issues. She improved the relationship between local law enforcement and the communities they serve, and she has taken bold stances on criminal justice reform.

Ms. Lynch spent years in the trenches rising through the ranks as a prosecutor, aggressively fighting terrorism, financial fraud, and cybercrime – all while vigorously defending civil and human rights. While leading the U.S. Attorney’s Office for the Eastern District of New York, she became known for the high-profile civil rights conviction of two Brooklyn police officers who brutally assaulted Haitian immigrant Abner Louima.

While in private practice, Ms. Lynch served as a volunteer legal advisor for the International Criminal Tribunal for Rwanda, established to prosecute those responsible for human rights violations in the 1994 genocide in that nation.