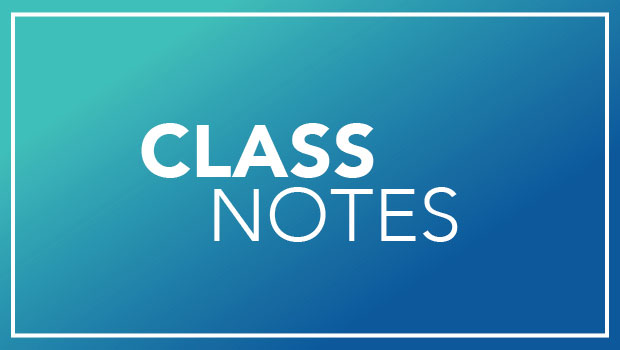 To submit Class Notes, please use the Stay Connected Form on the Hofstra Law website (the “Comments/Class Notes” item is near the bottom of the form) or email lawalum@hofstra.edu.

Lisa Fenech joined Ruskin Moscou Faltischek as an associate in March 2019 and was featured in “Movers and Shakers: Law” in Long Island Business News that same month.

Cameron Catrambone, an associate at Genser Dubow Genser & Cona, was featured in “Ones to Watch: Law” in Long Island Business News in September 2019.

Keith Dominguez joined Davis & Gilbert as an associate in June 2019.

Nicholas Moneta, an associate at Farrell Fritz, was named vice chair of the New York State Bar Association’s Practice and Ethics Committee of the Trusts and Estates Law Section in February 2019.

Jonathan Salm joined Epstein Becker & Green in March 2019 as an associate in the health care and life sciences practice.

Mara O’Malley joined Manatt, Phelps & Phillips in 2019 as an associate in the financial services litigation and privacy and data security practices. She is based in the firm’s Boston office.

Kimberly Page, an associate at Jones, Skelton & Hochuli, was named in June 2019 to the Arizona Association of Defense Counsel Young Lawyer’s Division (AADC YLD) 2019-2020 board of directors. She is serving as CLE chair and board secretary.

Andrew Williams joined Rivkin Radler as an associate in July 2019.

Jacqueline Siegel joined Goldberg Segalla as a partner in August 2019.

Rachael Ringer was elevated to partner at Kramer Levin Naftalis & Frankel in October 2019.

Ericka Fang, a senior associate at Kaufman Borgeest & Ryan, was the recipient of a 2019 National Bar Association “40 Under 40 Nation’s Best Advocates” award in July.

Josh Winefsky was elevated to partner at Kramer Levin Naftalis & Frankel in October 2019.

Tania Ali was promoted to general counsel and corporate secretary for Travelex North America in May 2019.

Christopher Arzberger joined the Russell Friedman Law Group as an associate in July 2019.

Michelle McGreal joined Clifford Chance as a partner in the firm’s New York office in July 2019.

Scott R. Green joined Goldberg Segalla as a partner in June 2019 in the firm’s Employment and Labor practice group in the Garden City, N.Y., and Manhattan offices.

Jason Charkow joined Goldberg Segalla as a partner in July 2019.

Pat Gravino, a financial consultant at AXA Advisors, was installed as president of the Columbian Lawyers Association of Queens County in June 2019.

Ian Nelson, a co-founder of Hotshot Legal, received a 2019 Fastcase 50 award, which honors a diverse group of lawyers, legal technologists, policymakers, judges, law librarians, and bar association executives who have made important and unheralded contributions to the legal field.

Leah Terranova joined University of Kansas School of Law as the assistant dean of academic and student affairs in June 2019.

Michael Cardello III, a partner at Moritt Hock & Hamroff, was elected in June 2019 to serve on the board of directors of the Nassau County Bar Association for a three-year term.

Michael J. Driscoll was named the special agent in charge of the Criminal Division for the New York Field Office of the FBI in June 2019.

Joey Jackson, a legal analyst for CNN and HLN as well as a partner at New York City-based Watford Jackson, served as the commencement speaker at Allen University, in Columbia, S.C., in May 2019.

Dennis O’Rourke, a partner at Moritt Hock & Hamroff, was named chair of the firm’s Corporate & Securities practice group in June 2019.

Jeffrey Brown, a partner at Leeds Brown Law, was elected a Village of Old Westbury trustee in June 2019.

Michael Penner was named chairman and lead operating director of the US Infrastructure Company in May 2019.

Leslie Berkoff, a partner at Morrit Hock & Hamroff, was appointed by the Court of Appeals for the Second Circuit to serve on its Pro Bono Appellate Mediator Panel. The appointment is for a three-year term.

Marc J. Ross, a founding partner of Sichenzia Ross Ference, was quoted in a YouInc.com article on Cannabis company startups and in the Marijuana Times article “Where Does NY/NJ Go From Here?” The article discusses several considerations and challenges lawmakers are facing when they consider legalizing recreational marijuana in New York and New Jersey. Ross also spoke at the New Jersey Cannabis Convention, presented by NECANN, on Sept. 15, 2019.

Andrew Oringer, a partner at Dechert and chair of the NYSBA Committee on Attorney Professionalism, co-authored a report recommending the adoption of updated Standards of Civility for New York lawyers, which was approved in early 2019 by the NYSBA.

Peter Shafran established a new business in 2010 promoting and producing music events as executive producer of River Spirit Music. A promoter-producer who really cares about the artist as well as the audience, Shafran provides a unique perspective in bringing emerging artists to new audiences. In 2018, he launched the River Spirit Music & Arts Festival — a celebration of music, art, food, and community — and an outdoor concert series at the waterfront, both in Hastings-on-Hudson, N.Y. (just 12 miles north of New York City). Shafran and his wife host a monthly music concert series in their home, with artists coming to perform from around the U.S. and Canada.

Lynn Poster-Zimmerman, a Huntington-based attorney, was installed as the 111th president of the Suffolk County Bar Association in June 2019.

Susan Mills Richmond has been practicing at Legal Aid of Rockland County since 2016. She concentrates in giving access to the legal system to those who would otherwise not be represented, including in the areas of foreclosure and eviction defense, disability, and other representations. She also serves on several mediation and arbitration panels, including as an impartial hearing officer for the New York State Education Department, and is chair of the Education Law, Bankruptcy Law, and Wellness Committees of the Westchester Women’s Bar Association. 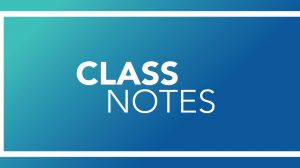 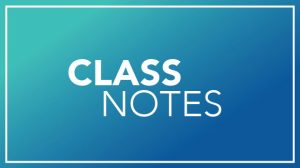