In an amicus brief, the Sanders campaign notes that specific policies he advanced during the 2016 presidential campaign and at the 2016 Convention — Medicare for All, expanded Social Security, free college tuition, and a $15 minimum wage — became part of the national political conversation in the 2018 elections, Congress, and state and local legislative bodies.

“By the time of the 2020 presidential elections, many of these ideas had gained such mainstream acceptance that they were espoused by a majority of the Democratic Primary candidates,” the campaign emphasizes.

In another interview Hofstra law professor James Sample pointed to the assertion by Sanders’ delegates that the cancellation of New York’s election deprives the plaintiff candidates and would-be delegates of their opportunity to shape the party’s policy platform.

“In turn, because there will be primary elections in many — but not all — New York jurisdictions, New York’s role in shaping the party’s ‘shapers’ will be undemocratically skewed,” Sample said Friday.

Read the full article on the Courthouse News Service website. 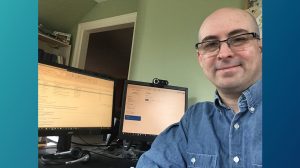